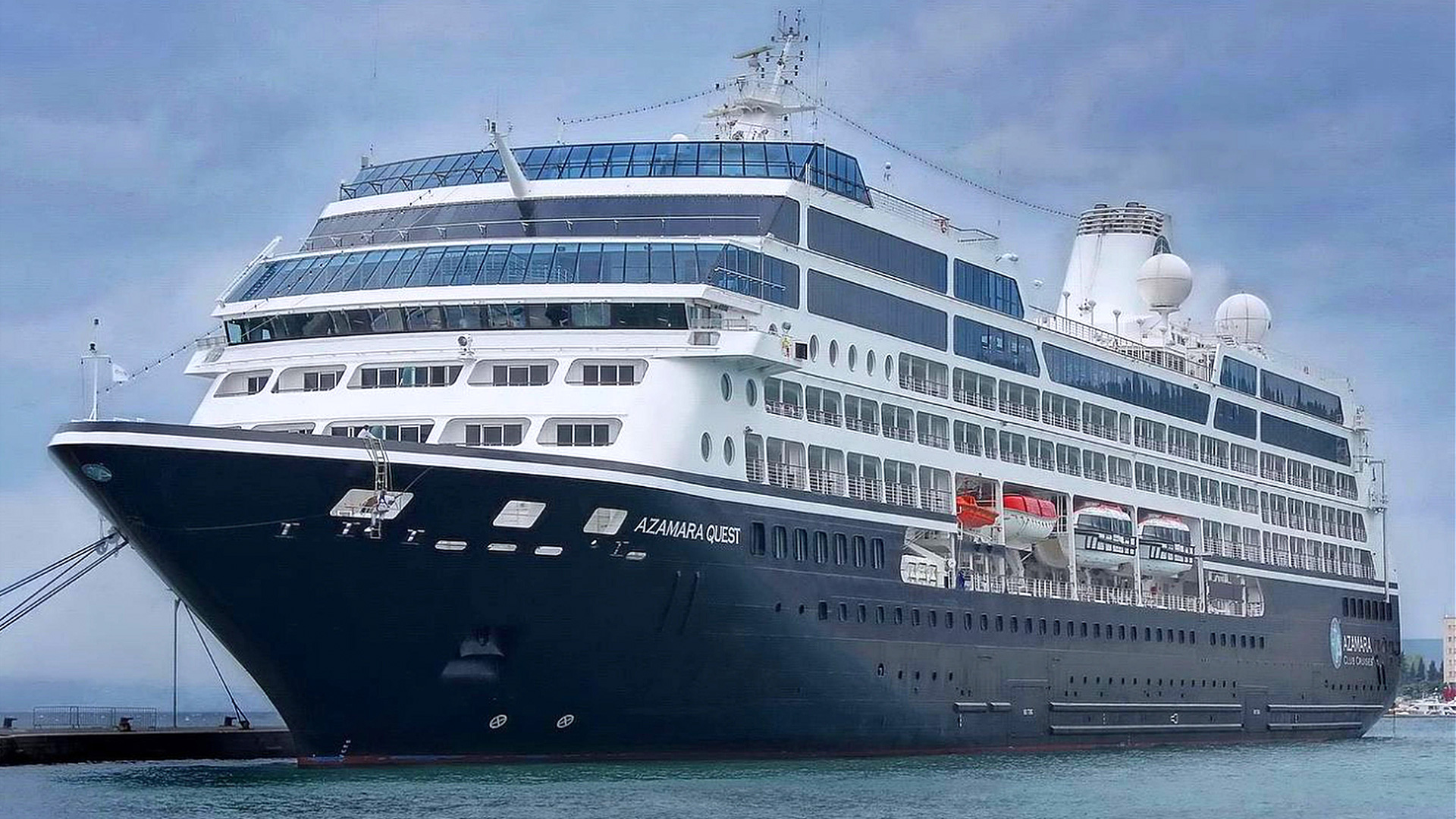 A MASSIVE search and rescue operation is underway for a woman believed to have fallen overboard from a cruise ship off Mallorca.

Authorities launched the search after being called to Azamara Quest at 2am this morning – just hours after the ship left Barcelona.

Two Spanish Coastguard helicopters and a ship have been mobilized to help the hunt in the Mediterranean Sea.

And despite an extensive search throughout the day, the “middle-aged” woman, who has yet to be identified, has not been located.

A Spanish Coastguard spokesperson said: “Today at 2 a.m. the cruise liner Azamara Quest informed our center in Palma that a person had fallen into the water 75 miles off Majorca.

“Throughout the night, our Helimer 206 and 223 helicopters searched for her in an operation that also involved the cruise ship and our ship Concepcion Arenal.”

The ship had just departed on the first day of an eight-day adults-only cruise around Spain with a stopover in Casablanca in Morocco.

This evening the ship is believed to have left the Spanish port city of Cartagena en route to Malaga on the Costa del Sol where it was due to dock early Monday morning.

During the coronavirus pandemic, it was sold by Royal Caribbean and bought by private equity firm Sycamore Partners.