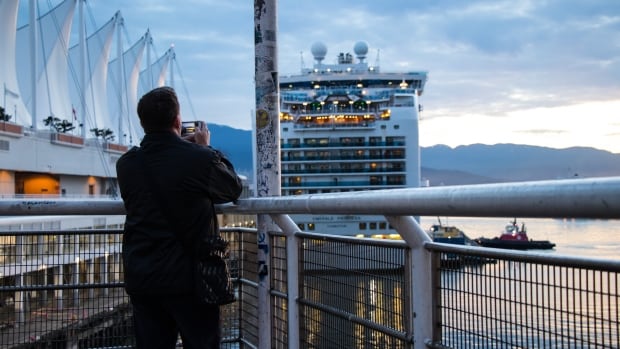 Cruise ships will once again bring thousands of passengers – and potential customers – to Vancouver this spring and while COVID-19 may have made some people hesitant to board, local business owners are eagerly waiting. what experts say could be a record. year.

The industry generates millions of dollars for the city’s economy, but for the past two years the seas have remained calm after Canada banned international cruise ships from British Columbia ports. In July, the federal government said cruise ships could return after November but must meet public health requirements.

Now more than 300 ships are scheduled to stop at the Port of Vancouver’s cruise ship terminal at Canada Place starting in April. According to a statement from the port, more than a million tourists are expected to flood the city this year.

“[It] could be one of the best years for the cruise industry here,” said Walley Wargolet, executive director of the Gastown Business Improvement Association. The area is located near the terminal and many shops cater to the cruise ship crowds.

This is good news for businesses in Gastown who have suffered during the pandemic. Some who relied heavily on tourists have seen their income drop by 80%, according to Wargolet.

Kiarash Kalhor, the owner of Cigar Connoisseurs, says he’s relied on the ship’s passengers to keep his shop afloat for decades. Knowing that there are a million cruise ship passengers on their way, Kalhor says, is thrilling.

“Time passes a lot slower these days,” he said, adding that sales fell after the ships stopped.

According to Wargolet, 34 businesses in the neighborhood closed their doors permanently during the pandemic.

Walt Judas, CEO of Tourism BC, said the province accounts for about 65% of the entire cruise market in Canada and the industry contributes about $2.7 billion to BC’s economy.

Svetlana Fuchs, owner of the Coastal Peoples Fine Arts Gallery, said many of her clients are cruise ship passengers who have found her gallery and then keep coming back.

Fuchs said it was tough when the ships stopped and she pivoted as best she could on the pandemic to attract business via social media, the prospect of more foot traffic looks promising.

“We are thrilled to see Gastown being visited and with even more momentum and excitement,” Fuchs said.

The federal government has halted cruises due to pandemic health and safety risks. Barry Penner, legal counsel for the Cruise Lines International Association – Northwest and Canada, says effective protocols are in place to keep travelers safe.

Cruise ship passengers must be fully vaccinated, he said, and will be tested for the virus before sailing. Penner said the industry has successfully mitigated most of the risk.

“Half a million people, 500,000 people, left the United States on our member lines, and of that number, only five people required hospitalization,” Penner said.

In a statement, the federal government said a safe reopening would help the economy grow and it understands how hard the tourism and cruise ship sectors have been hit by the pandemic.

“We are working with public health and industry colleagues to determine a measured plan that will ensure we restart the sector safely,” the statement said.