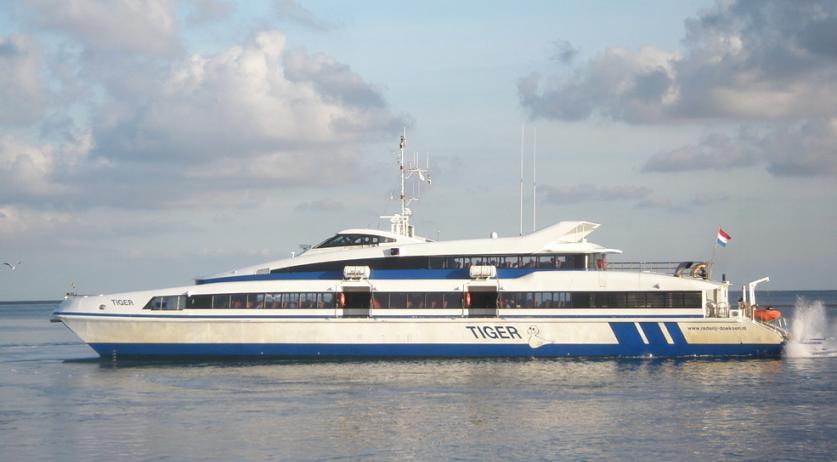 Two missing, two injured after collision of passenger ships on the Wadden Sea

Two people, including a possible child, are missing after a ferry and water taxi collided in the Wadden Sea on Friday morning. Two others were injured, one seriously.

The boats involved in the accident are the Rederij Doeksen ferry MS Tiger and the water taxi Stormloper, according to the newspaper AD. They sail between Harlingen and Terschelling. The accident happened near Terschelling in the Schuitengat, a channel of the Wadden Sea.

Several water taxi passengers ended up in the water. Two were rescued, one of whom was thought to be slightly injured. The other was thrown to the ground and taken to hospital by ambulance. Rescuers are still looking for two people who have fallen overboard, including a possible child. Eyewitness Sytse Schoustra told NOS that the water taxi was “almost sunk” and the Tiger was also taking on water. There were 27 people on the Tiger and seven on the Stormloper.

At least eight KNRM and Coast Guard vessels were involved in the search, according to live ship tracking websites, and a private tugboat was also in the area. The ships sailed in the waters to the west and south of Engelschhoek Nature Reserve, a small island, as well as the area between Engelschhoek and the western tip of Terschelling. The Stormloper was tracked in the water south of there. A rescue helicopter was seen circling above the area and a police helicopter was also dispatched to the scene from Schiphol Airport.

The incident was first reported to the National Coast Guard Center around 7:15 a.m., records show. Emergency service teams were sent to the scene to stage in West-Terschelling, including police, firefighters and paramedics. A trauma team was also dispatched by air ambulance to the area.

The incident alarm was quickly raised to a Grip 1 emergency and raised to a Grip 2 alarm at 7:52 a.m. and a Grip 3 alarm at 8:43 a.m. The Grip system is a set of protocols to respond incidents that affect a wider region. , with more serious situations designated by a higher number.

A Grip 3 response indicates a threat to the general well-being of a population, usually within a single municipality, according to NCTV, the government’s counter-terrorism and security office. It calls for the establishment of a single coordinating incident commander on scene, with another commander providing support from a remote location. The local mayor and his staff must then coordinate an administrative response to adequately manage the consequences of the situation. The Minister of the Interior and the Provincial Commissioner who reports to the King are also kept informed of the incident.