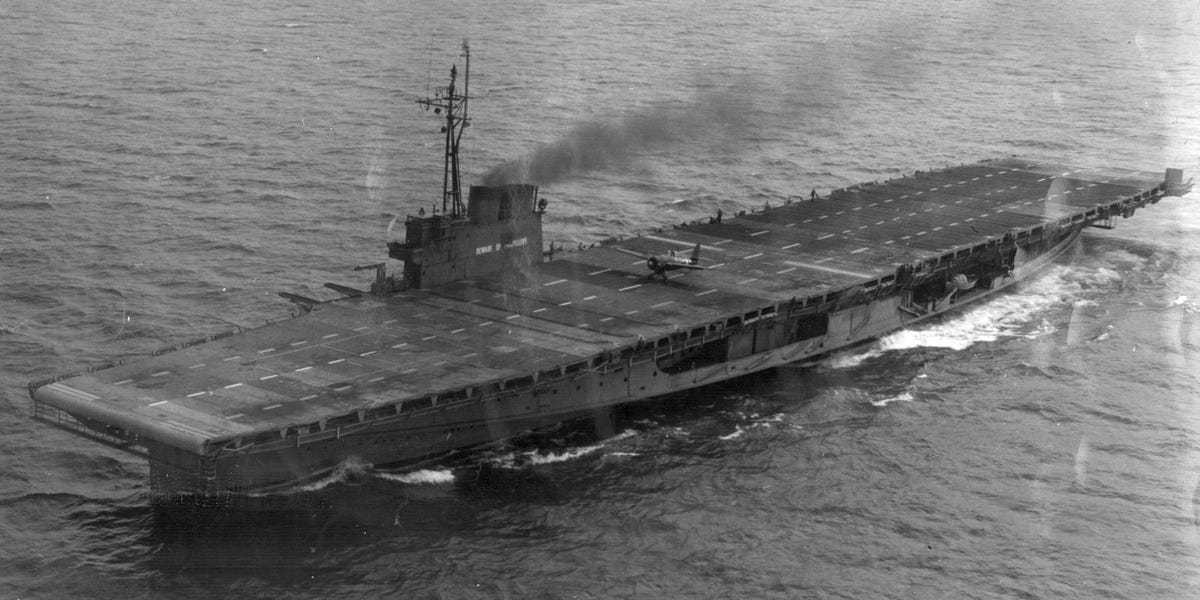 Paddle steamers are commonly associated with 19th century cruises on the Mississippi River. Modern representatives like the Mark Twain Riverboat in Disneyland preserve this quaint and picturesque scene of American culture.

However, during World War II, two sidewheel paddle steamers found themselves in a very different kind of scene. Desperate for more ships, the Navy converted these two-paddle steamers into aircraft carriers.

Additionally, the flight decks built over the steamboats were shorter and lower than the regular carriers. However, the converted carriers were not designed for combat; they were built to train airmen.

In 1942, the Navy purchased the side-steamer cruise ships Seeandbee and Greater Buffalo. The Great Lakes passenger ships were acquired in an effort to reduce costs to build training aircraft carriers for flight students at the Naval Air Technical Training Center.

Both ships were stripped of their superstructures and luxury cabins during the Navy refit. To become aircraft carriers, ocean liners are equipped with a bridge island, arresting cables, and of course a flight deck. Seeandbee’s flight deck was wooden while Greater Buffalo’s was steel.

Supporting the formation of NATTC, Wolverine and Sable docked and operated from Chicago at what is known today as Navy Pier. Wolverine began his training duty in January 1943. Sable followed in May of that year. Together, the Great Lakes carriers were nicknamed the “Cornbelt Fleet”.

Pilot training on the aircraft carriers took place seven days a week. They provided essential training for thousands of naval aviators and a smaller number of landing signal officers. One of these naval aviators was future President George HW Bush, who trained at Sable.

After the end of World War II, the need for the Corn Belt Fleet had run its course. In November 1945, Wolverine and Sable were decommissioned, struck from the Navy register and sold for scrap.

Together, the two ships trained 17,280 naval aviators in 116,000 carrier landings. They remain the only steam-powered, sidewheel, freshwater carriers in use by the Navy.

Travel | River cruise on the Seine: Paris and Normandy