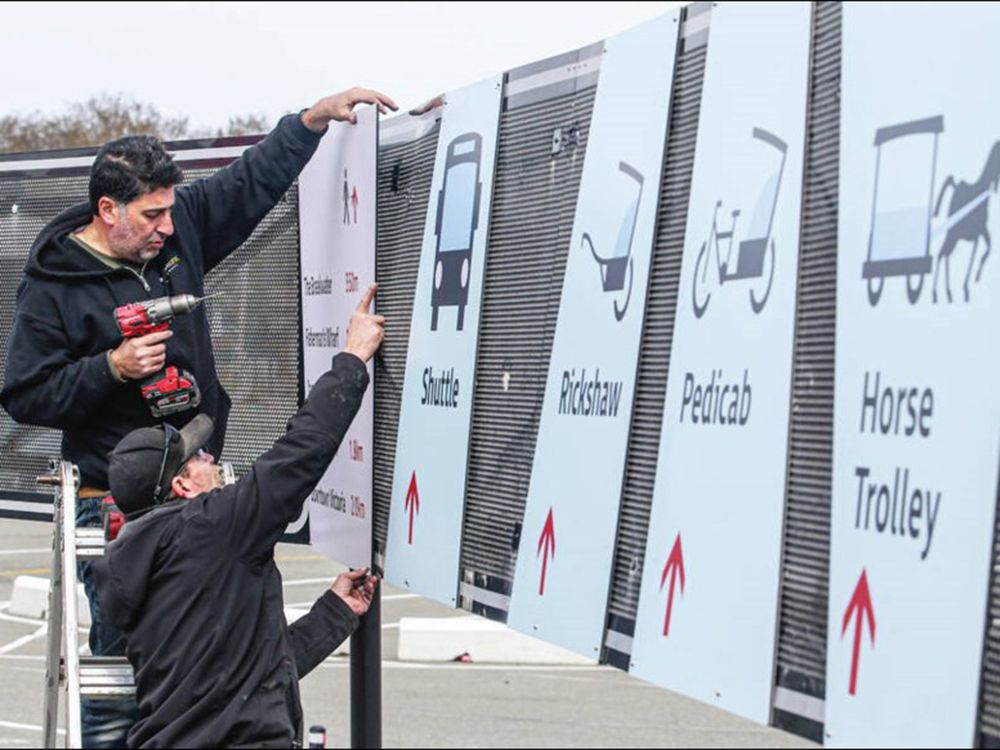 Victoria’s first cruise ship of the season, due to dock at Ogden Point on Saturday morning, is fully vaccinated and has been declared free of COVID-19 by the United States Centers for Disease Control.

The Koningsdam is just under half full with 1,200 passengers and 900 crew as it heads north from San Diego with stops in Santa Barbara, San Francisco and Astoria, Oregon. It is due to dock at 10:30 a.m. Saturday in Victoria and spend 12 hours here before heading to Vancouver on Sunday.

Erik Elvejord, spokesman for the shipowner, Holland America, said the company is following all rules set by the US and Canadian governments, including setting aside cabins and cabins as isolation rooms and areas of quarantine for possible virus outbreaks.

Elvejord said the company also tells passengers to follow all rules at each port of call and encourages its guests to wear masks in large gatherings and in confined places such as shops and taxis.

For the crew, masks are mandatory on board and ashore.

Passengers must visit Butchart Gardens, take whale-watching tours and have tea at the Fairmont Empress Hotel, though the number of guests who decide to leave the ship is at their discretion, Elvejord said.

Passengers and crew will be required to submit vaccination information, pre-entry test results and a quarantine plan through Transport Canada’s ArriveCan app. A receipt will be issued by email and must be presented to Canadian border officials.

The results of the application will be verified as passengers pass through customs.

Elvejord said guests will be provided with KN95 masks in their cabins. The ship also encourages onboard spacing and “punches and elbows” when greeting crews.

“And there’s a lot of cleaning,” Elvejord said. “I walked past a cubicle recently and saw people cleaning the ceilings…it’s literally top to bottom.”

Concerns about COVID-19 on cruise ships increased last weekend when the Caribbean Princess abruptly canceled what was supposed to be Victoria’s first cruise ship stopover in nearly three years.

Caribbean Princess, from Florida, had 1,600 passengers on board and was heading to Victoria and Vancouver when the company canceled the Canadian leg in San Francisco, saying it was taking the ship to drydock to spruce it up for the season coming. After passenger complaints about the rise of COVID-19 aboard the ship, Princess Cruises confirmed there were cases, but declined to say how many.

Princess Cruises said all affected passengers were asymptomatic or only mildly symptomatic, and were quarantined and monitored by medical personnel.

Brock Eurchuk, who owns two tourist shops on Government Street, is “cautiously optimistic” on the eve of the arrival of the first cruise ship.

After the COVID-19 Omicron virus swept through his house several weeks ago, he is well aware that new variants of the virus exist and are still making people sick. He wonders how this will affect the number of passengers on the 350 cruises planned for this year at Ogden Point – and the viability of the cruise industry this season if cases increase and passenger numbers drop.

“Hopefully we’ll get a taste.”

Elvejord said Holland America was optimistic for the upcoming season, citing pent-up demand from Americans to travel; passenger numbers are expected to increase as the season progresses into spring and summer.

Ceremonies and tours of the ship are scheduled for Saturday. This is Koningsdam’s first port of call in Victoria, so a traditional plaque and key handover ceremony will take place on board, with an exchange of gifts between ship and port.

More news, fewer ads, faster loading times: Get unlimited, lightweight access to the Vancouver Sun, The Province, National Post and 13 other Canadian news sites for just $14/month or $140/year. Subscribe now through The Vancouver Sun or The Province.

Sign up to receive daily news from the Vancouver Sun, a division of Postmedia Network Inc.

Thank you for your registration!

A welcome email is on its way. If you don’t see it, please check your spam folder.

The next issue of Vancouver Sun Headline News will soon be in your inbox.

We encountered a problem during your registration. Try Again

Organize and catalyze the cannabis industry