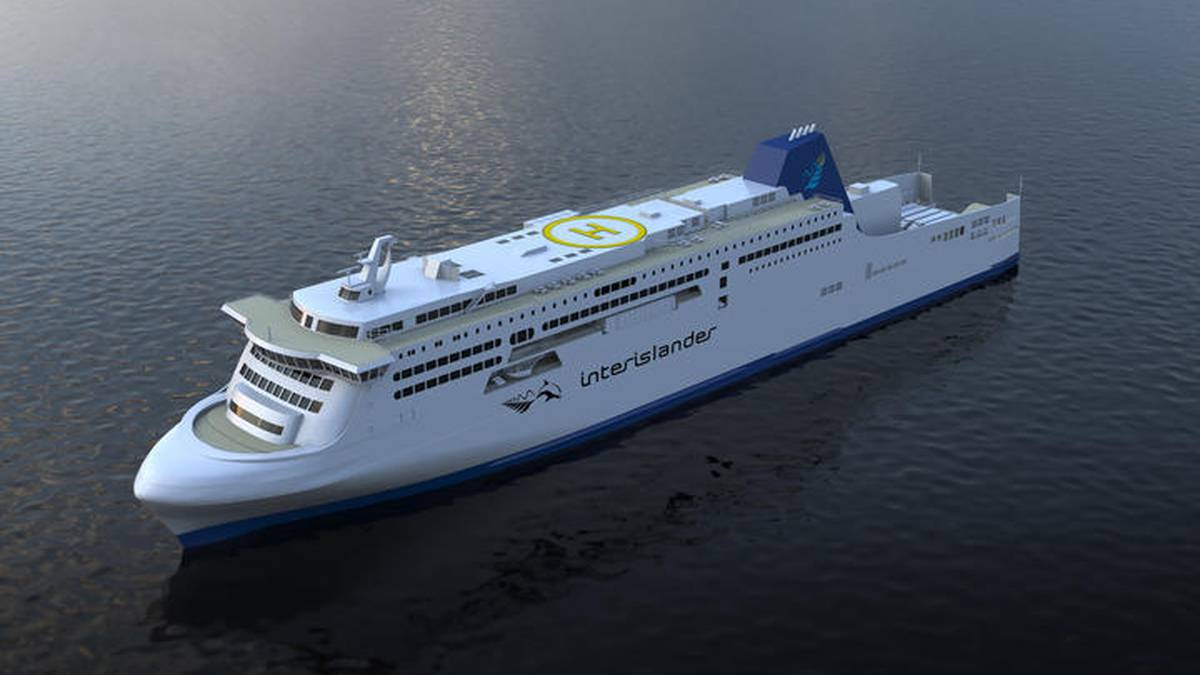 A digital image of a new Interislander ferry to be built by Hyundai Mipo Dockyard. Photo / Supplied

KiwiRail has signed an agreement with Hyundai Mipo Dockyard for the delivery of two ships, at a price of $ 150 million more than funds set aside in the budget.

The contract for the two new Cook Strait ferries has been awarded to the South Korean shipyard Hyundai Mipo Dockyard.

In December of last year, KiwiRail signed a letter of intent with the shipyard to move negotiations forward.

The operator has now signed an agreement with the shipyard to deliver the first ship in 2025 and the second in 2026, for $ 551 million.

The cost is $ 150 million more than what was originally budgeted for last year.

In a statement, KiwiRail chief executive Greg Miller said it was a momentous day that had long been brewing.

“The new ferries will ensure a safe and resilient rail and passenger service between the Northern and Southern Islands, which is a vital part of the economy and a key part of the supply chain, transport and tourism infrastructure of the New Zealand. “

The two new ferries will replace KiwiRail’s three aging Interislander ferries, which are nearing the end of their lifespan.

It has been more than 20 years since New Zealand introduced a brand new purpose-built ferry to its fleet.

Miller said the new ferries would reduce carbon emissions by 40% and be able to carry double the number of passengers and commercial vehicles and passengers compared to the current fleet.

Aerator is currently the only rail-compatible ferry, carrying no more than 27 equivalent 60-foot cars per crossing. KiwiRail said the new ships could triple that capacity.

KiwiRail said the South Korean shipbuilder is the sixth in the world with decades of experience building ships, including the HMNZS Aotearoa for the New Zealand Defense Force.

As part of a $ 1.45 billion program, KiwiRail is also continuing its terminal redevelopment plans on both sides of the Cook Strait, at Waitohi Picton and Kaiwharawhara in Wellington.

This is almost $ 500 million more than what was originally planned by the Treasury.

KiwiRail initially fought against the proposed Wellington site, wanting the terminal to be closer to the city, but this was rejected by the city, regional councils and all other port users.

“Work is now well advanced on the planning of the new ferry terminal at Kaiwharawhara,” Ponter said.

“The aspiration is to file resource consents for the ferry terminal by the end of the year – this will likely be expedited under the Covid-19 acceleration legislation.”

3 ways to get the most out of your next cruise