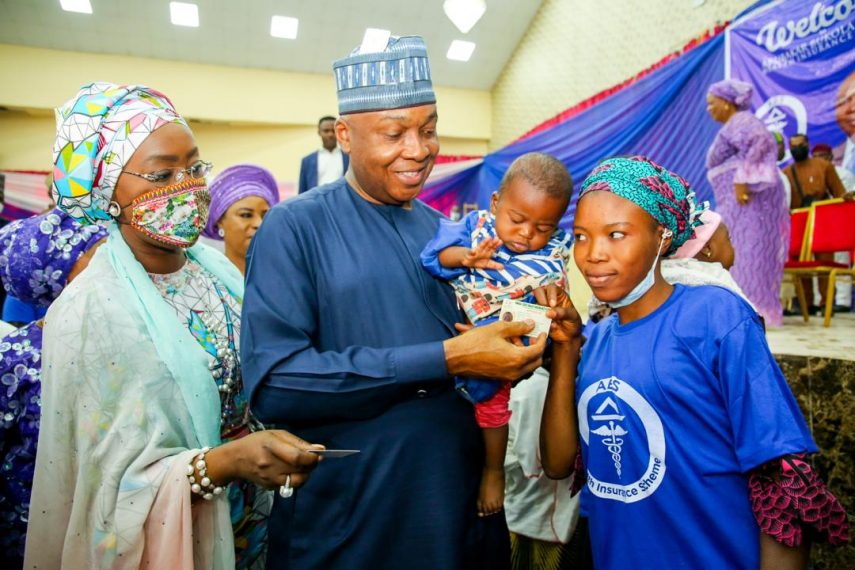 Speaking at the launch of the program, which has beneficiaries from all 193 districts of Kwara, celebrant and initiator of the insurance scheme, Dr Saraki, called for the participation of the public and private sectors to achieve health coverage. 100% universal nationwide. .

â€œFour days ago in Abuja, at a health summit hosted by Chatham House, I challenged Nigerians to make sure they carefully review the health manifestos and pledges of all who aspire to lead at the national and state levels ahead of the next general elections.

â€œToday, the Nigerian health system is in serious need of a dramatic improvement. Our life expectancy is 55 years. Our maternal mortality rate is 917 per 100,000 live births. Our infant mortality rate is 201 per 1,000 live births to those under five. Our death rate from malaria is 300,000 per year, the highest in the world. While our confirmed deaths from COVID-19 stand at nearly 3,000, although the actual numbers are likely much higher.

â€œThat’s why, today, as I celebrate my 59th birthday, alongside my beloved wife, Toyin; my friends and supporters; and the great people of Kwara State, who have always integrated our initiatives, I am proud that once again we are leading the way in health care – and supporting our ‘discussion’ with deliberate actions â€ , said Saraki.

The former Senate Speaker pointed out that in 2007, under his administration as Governor of Kwara State, he implemented a state-wide community health insurance program – the first of the kind in the country. He said the initiative is aimed at providing all Kwarans with universal health care.

He also reminded beneficiaries how, as President of the Senate, he rallied my colleagues from the 8th National Assembly to ensure that we implement the provisions of the Basic Health Protection Fund Project (BHCPF) in insisting that one percent of the treasury goes to providing basic health care in the 2018 budget.

â€œToday, as a private citizen, through the Abubakar Bukola Saraki Foundation, we once again demonstrate our commitment to the health and well-being of all our citizens, by announcing the first step of our plan to boarding of 1,000 Kwarans, selected across the 193 wards and 16 local government areas of our state into the Kwara State Health Insurance Scheme (KWHIS) â€‹â€‹that my administration launched in 2007.

â€œI think the federal and state governments need to increase health spending to a minimum of 20 percent of the total budget and 60 percent of that amount should go to the 30,000 primary health care facilities nationwide.