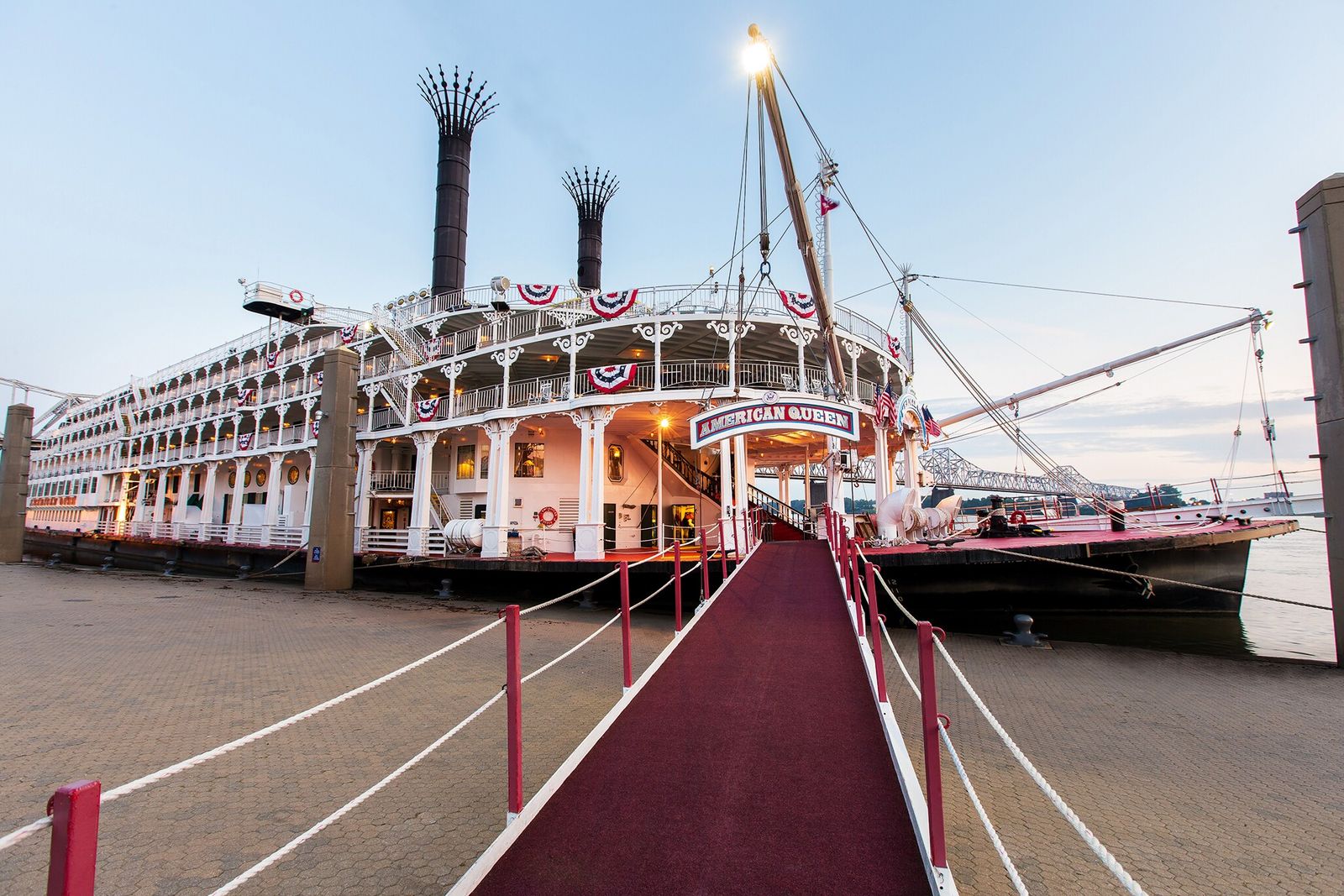 â€œGo up,â€ the porter shouts, pushing a cart full of cases of champagne up the aisle. â€œGo ahead,â€ the crew member teases, scanning my boarding pass.

I arrived at the port of New Orleans early, with a Big Easy hangover and the ubiquitous country club outfit, feeling ready to relax. As much as I relish the idea of â€‹â€‹boarding a bubble tower, I object. The American Queen, the most majestic steamboat in the Mississippi, is surely not that kind of cruise. With its wedding cake floors and a purple paddle wheel the size of my first apartment, the largest riverboat ever built is a large floating museum in mahogany and chintz – a ticket to the Mississippi myth and a window to the works of Mark Twain and William Faulkner. Its slow journey upstream will leave in its wake debauched and rum-flavored New Orleans.

Before my flight attendant, Sean, can even show me my cozy cabin, I have a flute of champagne in my hand and a new troop of shipmates, all of us gathered on our shared veranda. Together we watch the paddlewheel roar, the sun sink to the horizon, and all signs of modern life merge into the lush bayou.

No wellness coach can emulate the restorative powers of the inky night sky and the calm, silent air of a land barely developed since the reign of the Choctaw. I sleep as if I were in a silk cocoon. And in the morning, as I look out, the mist dissipates to reveal the classic white columns of Nottoway, a former sugar cane plantation that serves as the day’s activity.

After a hearty buffet breakfast, my traveling companions and I tour the plush rooms of the plantation house before strolling through the gardens in the shade of old oak trees named after the master’s children. No sign, oddly enough, of slave huts, we are told, once stood in the background; Nottoway has literally been whitewashed into a wedding venue for Southern beauties and their suitors. Returning to the shore, the quirks and injustices of the South looming over our minds, we are greeted once again by our boat – another slice of history, with its Victorian-style chimneys soaring like fireworks.

Each morning, the mist recedes to reveal a new pastoral scene. On day three, it’s a sultry cypress forest dripping with Spanish moss – the same forest that inspired naturalist John James Audubon on his visit centuries ago. Upstream from here is St Francisville, a folk town of palisades and wooden plank churches, where we search for antiques before returning to the engine room bar on board.

I find a lot to like in a scene where most of the 430 passengers are retirees. Equipped with rocking chairs, the sunny Front Porch CafÃ© has the free vibe of a permanent vacation. I am one of the few on board who uses the pool and the gym. Most of the rest get a thrill as they hurtle down the sundae bar and watch the herons on the shore.

The staff don’t force fun, but they do facilitate jovial introductions when I decide I prefer not to dine alone. One evening, I am joined by a Mark Twain impersonator, who is performing in the Grand Saloon. Also in the character, he tells me about the time President Theodore Roosevelt, hunting in the woods of Mississippi, refused to shoot a cornered bear. “This is where the teddy bear got its name,” he explains, urging a growing crowd of guests to check out the mural, upstream from Vicksburg, commemorating Roosevelt’s sportsmanship.

The crew shares all kinds of tips, including excursions not to be missed (the cooking class in Natchez is a favorite). So when we dock in the city of Mississippi, I pass stately mansions to reach the most lavish of all: the Twin Oaks Bed & Breakfast, where owner Regina Charboneau (one of the South’s most famous chefs), demonstrates her buttermilk cookie recipe. But most of the time we passengers drink rum cocktails from ancient crystal and dream of living on the river.

“It’s not always that good, honey,” Regina calls softly, elbow in the dough.

I would prefer that she didn’t spoil the fantasy.

Published in the October 2021 issue of National Geographic Traveler (UK)

‘I love all my kids the same’, but new Pac-12 commissioner George Kliavkoff has a history with the Washington Huskies

Grand Princess to leave LA, for the first time since COVID