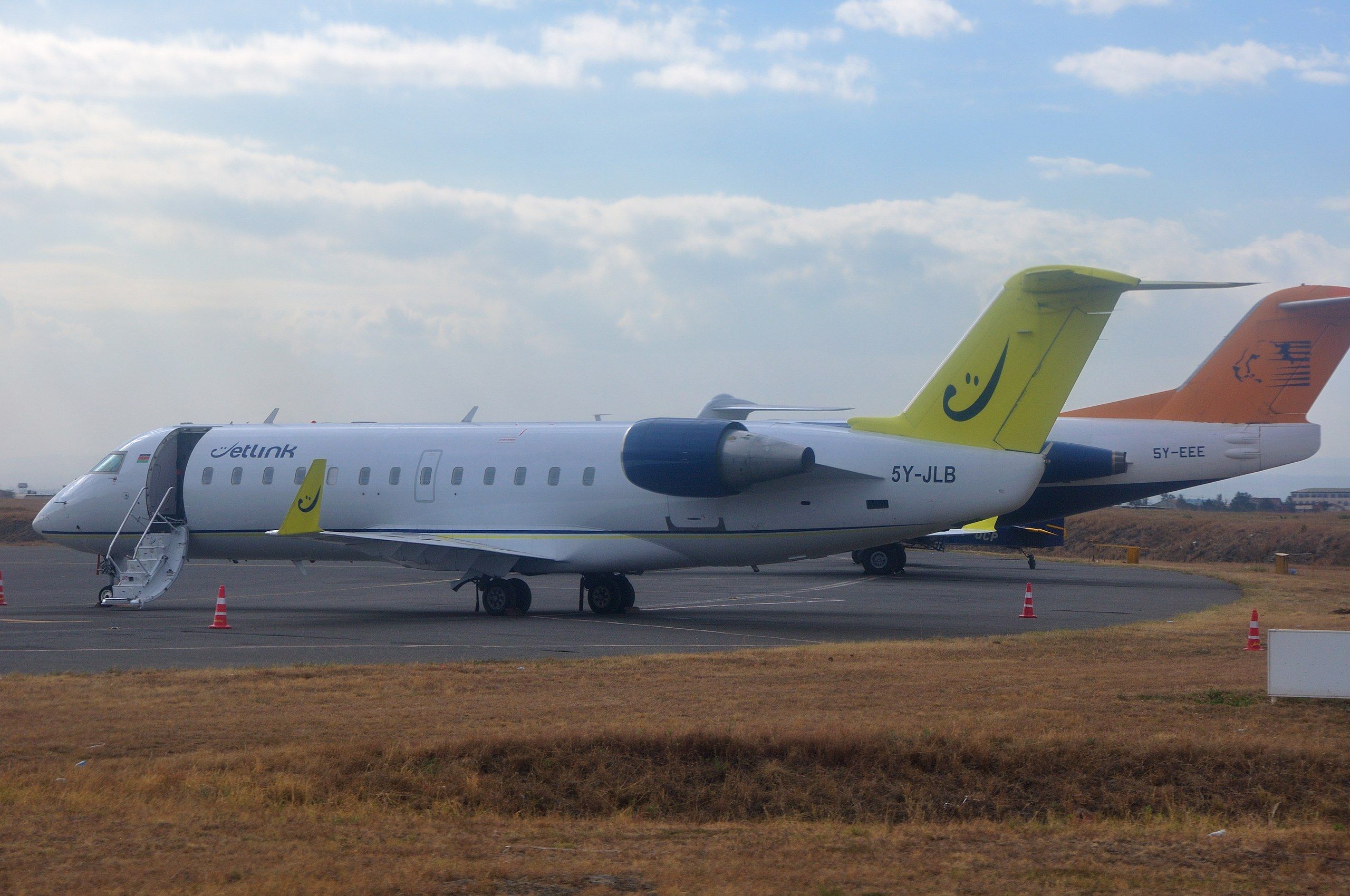 RwandAir flight 205 collided with a building at Kigali airport

On November 12, 2009, a Bombardier CL-600 passenger plane on a regional flight crashed into a building at Kigali International Airport (KGL). Operated by Kenya-based JetLink Express on behalf of RwandAir, flight 205 was bound for Entebbe Airport (EBB) in Uganda. On board the aircraft were four flight crew members and 11 passengers. Tragically, one passenger died in hospital after the accident.

Flight 205 experienced a serious technical failure shortly after takeoff. The co-pilot pulled back the engine thrust levers but the number one engine lever stuck in the full power position. The engineer tried to rectify the problem with the left throttle but was unable to move it from the stuck position.

Two minutes into the flight, the captain contacted air traffic control and requested permission to land. The aircraft was able to land, but since the number one engine was still at maximum power, heavy braking was required to park the aircraft. The flight crew again attempted to adjust the left thrust lever while holding the brakes, but as the ground crew began to put on the rear wheel chocks, the aircraft suddenly accelerated forward.

The aircraft struck the blast fence and continued to taxi for approximately 500 meters until its nose collided with the terminal and tower. After hitting the wall, the flight attendants implemented an evacuation sequence, and the passengers were able to escape through the emergency door above the wing and were brought into the terminal building. The number one engine was eventually shut down by fire retardant foam applied by the airport tender.

The passengers were not wearing their seat belts at the time of the collision due to the anticipation of disembarking from the landing plane. This contributed to several injuries among those on board. The pilot broke his leg and the first officer was injured after being stuck in the cockpit for approximately three hours. Eight passengers were taken to hospital; one of them did not survive.

The Ministry of Infrastructure, on behalf of the Republic of Rwanda, investigated the incident and its causes. Chief among the causative factors was “the flight crew’s inability to identify corrective actions and their lack of knowledge of applicable aircraft and engine systems in response to a stuck thrust lever…”. The report also notes that the flight crew failed to recognize the inherent safety hazard of overheated brakes.

Other contributing factors included failure to follow standard operating procedures and JetLink Express’ inability to be aware of the aircraft manufacturer’s safety documentation relating to these issues.

RwandAir released a statement shortly after the incident noting that the airline and the Rwanda Civil Aviation Authority, as aviation regulator, conducted independent audits of JetLink Express, its facilities maintenance and crew capabilities to assess the carrier’s capabilities and airworthiness.

After the Kigali airport incident, RwandAir suspended its operations with JetLink Express. JetLink ceased operations in 2012.