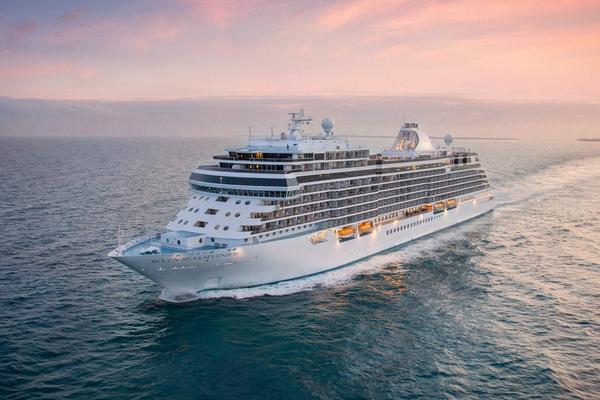 Regent Seven Seas Cruises has unveiled the “European Indulgence” promotion which includes a $500 onboard credit per suite and a one-night post-cruise hotel package on 60 Mediterranean and Northern European voyages from March 1 to November 30 2023.

The limited time offer is now open for reservations until August 31, 2022.

“Our intimate ships call at charming ports that are not accessible to larger ships so guests can experience adventures on less traveled routes, as well as new European destinations that we are excited to share in 2023, such such as Syros in Greece, the Lofoten Islands in Norway and charming Puerto Banus in Spain,” said Jason Montague, President and CEO of Regent Seven Seas Cruises.

The overnight hotel offer after the cruise is available in destinations such as London, England; Copenhagen, Denmark; or Istanbul, Turkey.

Among the cruises offering the “European Indulgence” package, a 19-night cruise departing from Barcelona on June 25, 2023 and visiting Ibiza, Malaga and Seville, in Spain, as well as Lisbon and Porto in Portugal, Casablanca in Morocco, plus one night in the heart of the Bordeaux vineyards before ending in London.

The cruise includes 129 free shore excursions, including the “Market and Fishermen” tour in Lisbon where guests enjoy a seafood lunch and learn from local fishermen how the sea has influenced the village of Setubal for centuries.

In Bordeaux, the Regent Choice tour, at an additional cost, offers meals and wine tastings at Château Kirwan and a tour of vineyards and villages in the Médoc wine region.

Another option is a 12-night cruise departing from Reykjavik, Iceland on August 31, 2023. The cruise visits destinations such as Isafjordur, Trondheim, Skjolden and Stavanger in Norway, plus one night in Oslo, before ending in Copenhagen, Denmark.

Guests can choose from 32 free shore excursions, such as a small-group Oslo tour that includes its Olympic-grade hilltop ski jump.

For an additional fee, the “Whale and Puffin Safari” is available. The boats head for a colony of Atlantic puffins in and around their nesting habitat of Skjálfandi Bay, and also look for humpback whales, sei and blue whales, porpoises and dolphins.

For the latest news, updates and travel deals, subscribe to TravelPulse daily newsletter.