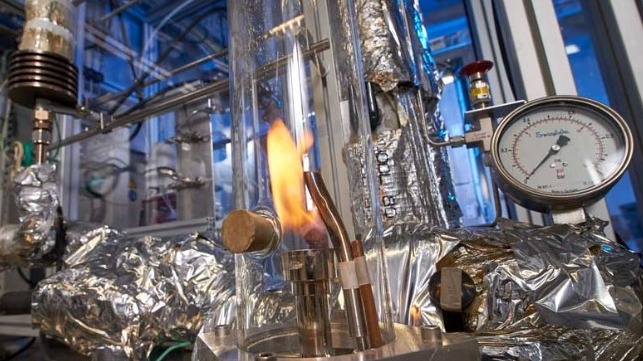 German cruise ship builder Meyer Werft is embarking on next-generation fuel with the launch of a new R&D start-up. His new company Meyer Neptun Engineering plans to work with the Leibniz Institute for Catalysis (LIKAT Rostock) on new methods to make fuels based on CO2 and green electricity.

â€œFor us, the cooperation with LIKAT is an important step towards climate-neutral navigation with liquid-powered fuels,â€ says Manfred MÃ¼ller-Fahrenholz, Managing Director of Meyer Neptun. â€œWe are thus becoming more involved in Mecklenburg-Western Pomerania. and want to jointly strengthen the maritime economy here locally. “

In collaboration with Meyer Werft shipyards, Meyer Neptun will test the fuels generated in the research project under real conditions on board. The aim is to prepare climate neutral and sustainable fuels for the market for different types of vessels. The company actively recruits engineers and scientists who have the necessary qualifications to pursue its goals.

Power-to-Liquid fuels, also known as electrofuels, essentially convert renewable energy into liquid fuels using CO2 and green hydrogen. The products have a relatively high energy density compared to other renewables, and they can be produced for use in ships, cars or airplanes.

Meyer Werft has already made a name for itself in the field of alternative fuels by building the world’s first LNG cruise ships, starting with Carnival Corporation AIDAnova.

PTL fuels – and in particular PTL methanol – have gained importance as an alternative energy source for maritime transport. The Maersk Group has ordered eight giant boxships designed to run on renewable methanol, marking the first major investment in a zero-emission transportation solution for deep-sea service. In September, Maersk announced it was investing in a new PTL startup. California-based Prometheus Fuels. Prometheus’ modular equipment can produce green alcohols such as methanol, as well as more complex hydrocarbon products.