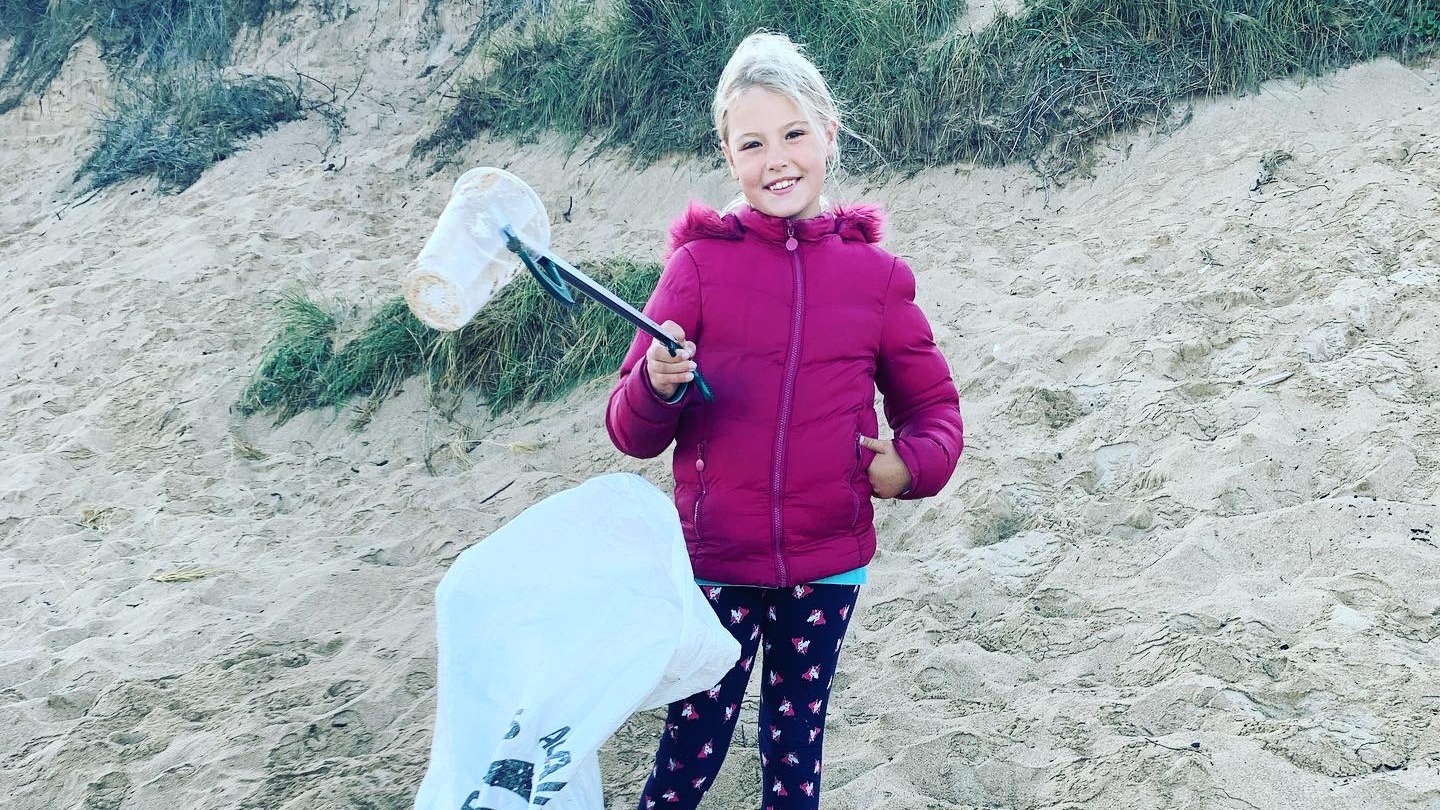 An eight-year-old girl from Newquay calls on people to stop leaving litter on Cornwall beaches.

Evie Whaley has been cleaning beaches since she was six, and often gets up at 5:30 a.m. to pick up trash no matter what the weather is like.

Evie cleaned hundreds of bags of trash from Fistral Beach as part of her mission to protect marine life and animals.

The eight-year-old, who wants to be a vet when she grows up, said: “I hate to see all the endangered animals and all the rubbish on the beaches which I know is going to harm all the animals and go into the sea. ‘ocean.’ ‘

Evie says she found up to 65 bags of dog poop in one walk.

The type of trash left on Fistral has been influenced by the Covid pandemic and there are objects popping up again and again on the shore.

The schoolgirl has found so much trash over the past two years that she has even made art from her finds.

But the reality is much uglier. She is particularly worried about the dunes, which are a refuge for wildlife but which are destroyed by swimmers.

“I mean we find up to six trash bags a day of trash and people are trample on the dunes and have parties and when you come down you will see they are disappearing.”

Evie is committed to continuing to collect litter and campaign to prevent her favorite beach from being turned into a “dump”.

Her dream is that one day people will take all their trash home and she won’t need to pick up after them.