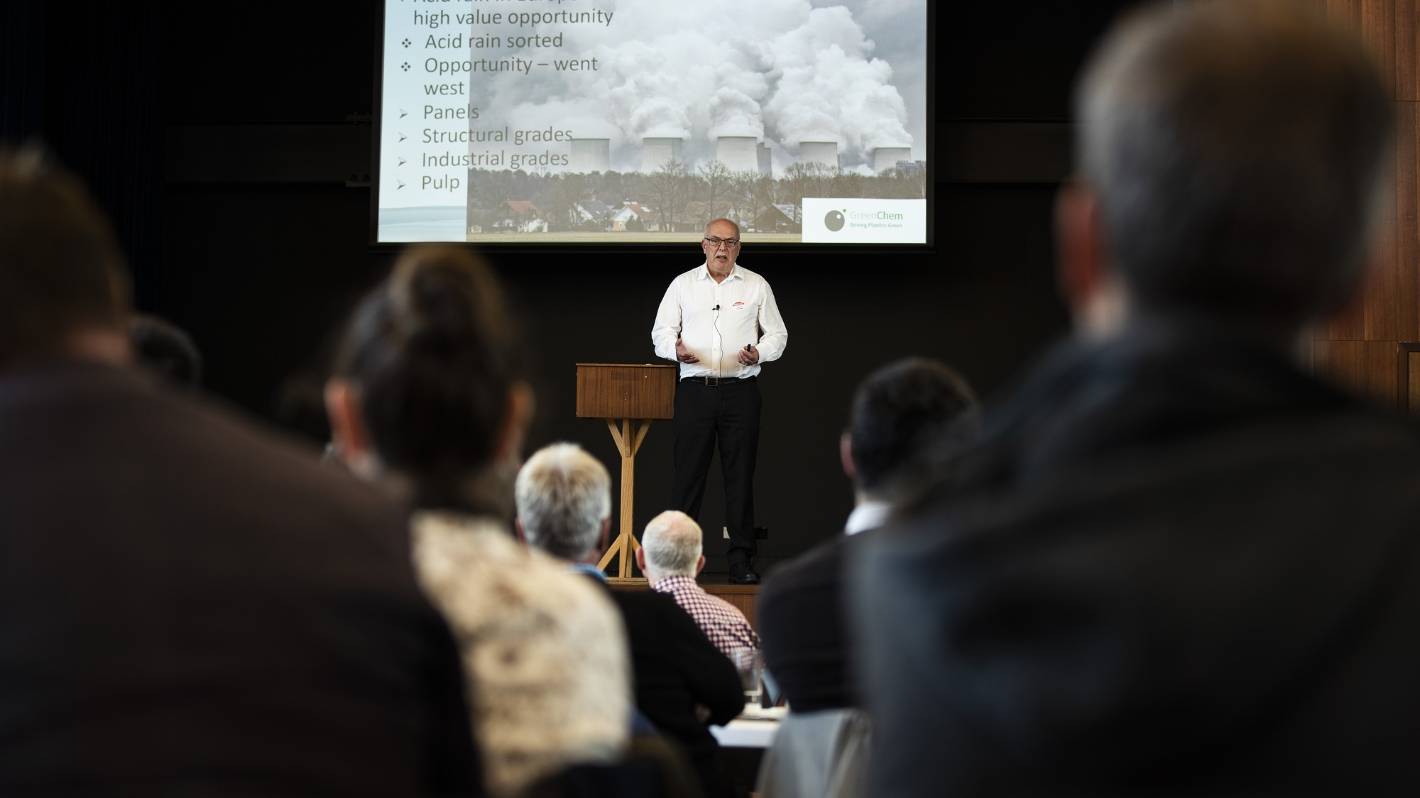 Many options for plastic packaging alternatives

A viable alternative to plastic packaging will soon be produced in Rangitīkei.

General Manager Jayden Klinac spoke at an event at the Te Matapihi – Bulls Community Center on Thursday about the future of plastic packaging made from biopolymers, which are made from natural sources.

Plentyful holds an exclusive license for a patent to use technology in New Zealand and Australia from a company in the United States.

Work is underway to commission the PHA plant which will absorb waste every day.

Klinac said they would take biomass and grow bacteria, which produced PHA when the bacteria stopped being fed.

PHA is extracted and used instead of oil-based plastics.

Klinac said PHA can be recycled, will degrade naturally, and there are no microplastics. The process takes two to three weeks.

“Trash is only trash if you throw it down a hole. It’s a resource if you use it differently.

Plentyful would start by replacing coated cardboard, things like cardboard ice cream containers that had a plastic liner inside that couldn’t be recycled, with PHA liners.

Klinac said the business has huge potential because organic waste is a huge problem.

“There is definitely a high demand for it. We can’t build the factory fast enough. Brands and large customers have a huge desire to move towards sustainable models.

It would depend on the raw material, the waste, but Klinac hoped the yield would increase over time as the technology improved.

“We work without waste. Anything else goes into another process.

Klinac said the plastic was so durable that every piece produced still existed. But if the PHA product ended up in the ground, the ocean, or an animal’s stomach, the product was not benign and would break down.

Marton was chosen for its central location to bring in and take out bio-waste raw materials.

In July, the government announced it was providing Plentyful with $2 million in the form of a loan or capital to build its manufacturing plant in Marton, from the government’s Regional Strategic Partnership Fund.

Plentyful would work with another new Marton company, GreenChem, led by managing director Kevin Snowdon, which aimed to bring biomaterials extraction to a wider market.

GreenChem breaks down wood into lignin, which can be used as biofuel, which can then be transformed into biopolymers for compostable plastics. Hardwoods, such as pine, are best.

Snowdon said it was an environmental opportunity to keep things from going to landfill, help prevent climate change and impact the future of sustainability.

He came from Rotorua to Marton about a year ago and worked to get the plant started, but hoped to be up and running within a month.

He worked to ensure a supply of raw materials.

At least 11 dead after passenger boat sinks in northern Brazil