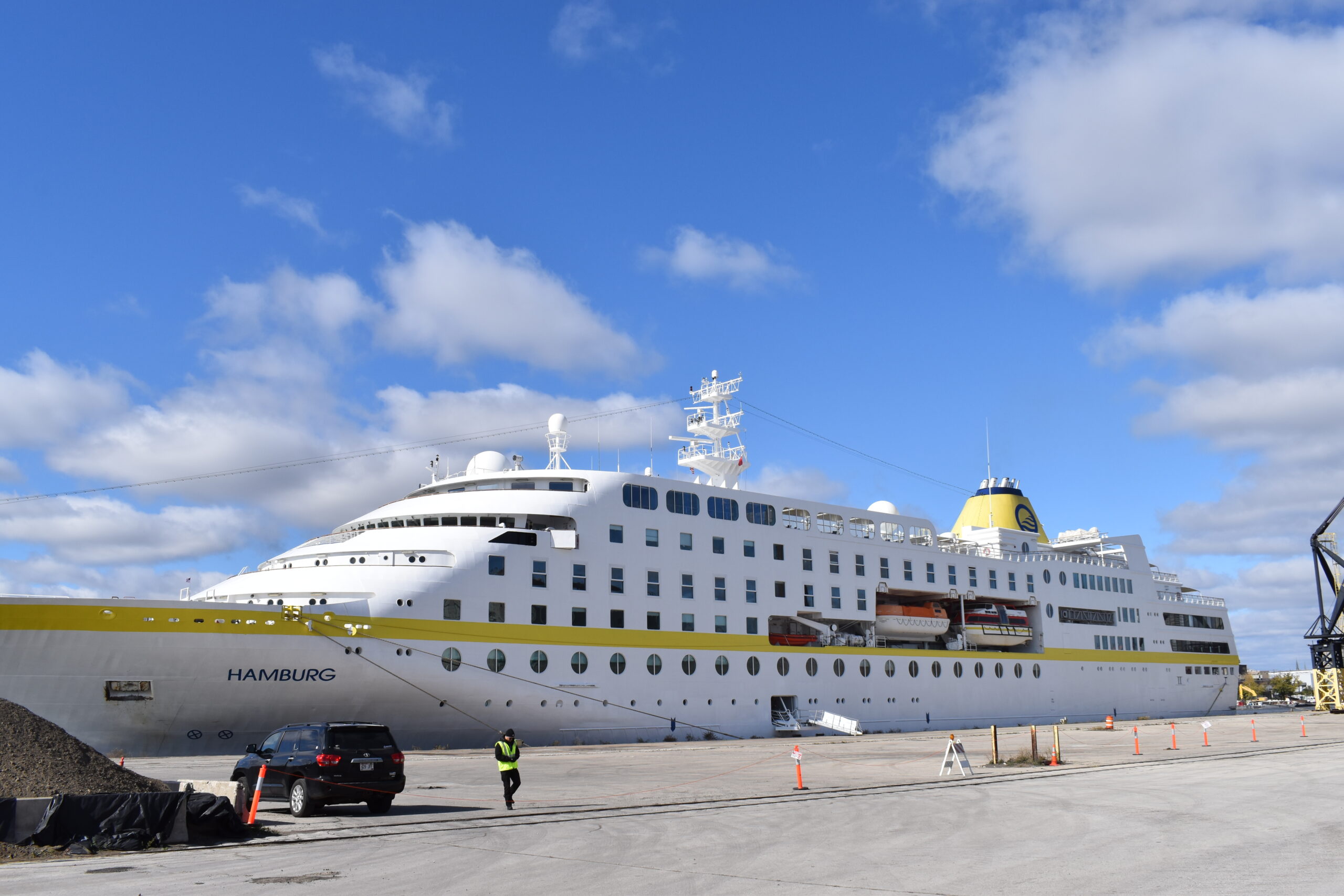 The Hamburg, which is operated by German company Plantours, was just one of eight different cruise ships that made 33 calls this year in Milwaukee, including the new Viking Octantis.

Since the cruise season began in May, 13,610 visitors have stopped in Milwaukee — a number that shows a drastic increase from the less than 1,000 people who arrived here via cruise ships in 2018.

The 33 cruise ship calls and 13,610 passengers are the two cruise season records for Port Milwaukee.

“I can say with confidence that this year has been a banner year,” said Adam Tindall Schlicht, Director of Port Milwaukee, at a press conference on Wednesday. “Milwaukee has become a rotational port of choice for international cruise lines operating on the Great Lakes.”

“Clearly Milwaukee and our port is an efficient and accommodating place for cruises to operate now and in the future,” Tindall-Schlicht said.

Peggy Williams-Smith, President and CEO of VISIT Milwaukee, said the economic impact of this year’s cruise season in Milwaukee is more than $3.1 million. More than 27 different businesses benefited from the visit of tourists, who were driven around different attractions by Excursions on the shores of the Great Lakes.

City and state officials also expressed optimism about next year’s cruise season. David Naftzger, director of the Governors and Premiers of the Great Lakes and St. Lawrence, said the organization expects total passenger growth of 15% for the Great Lakes region. Across the Midwest, there have been more than 150,000 passenger visits this year. In addition, two more ships will visit the Great Lakes in 2023.

Territory to host Coral Princess on her maiden voyage to Darwin