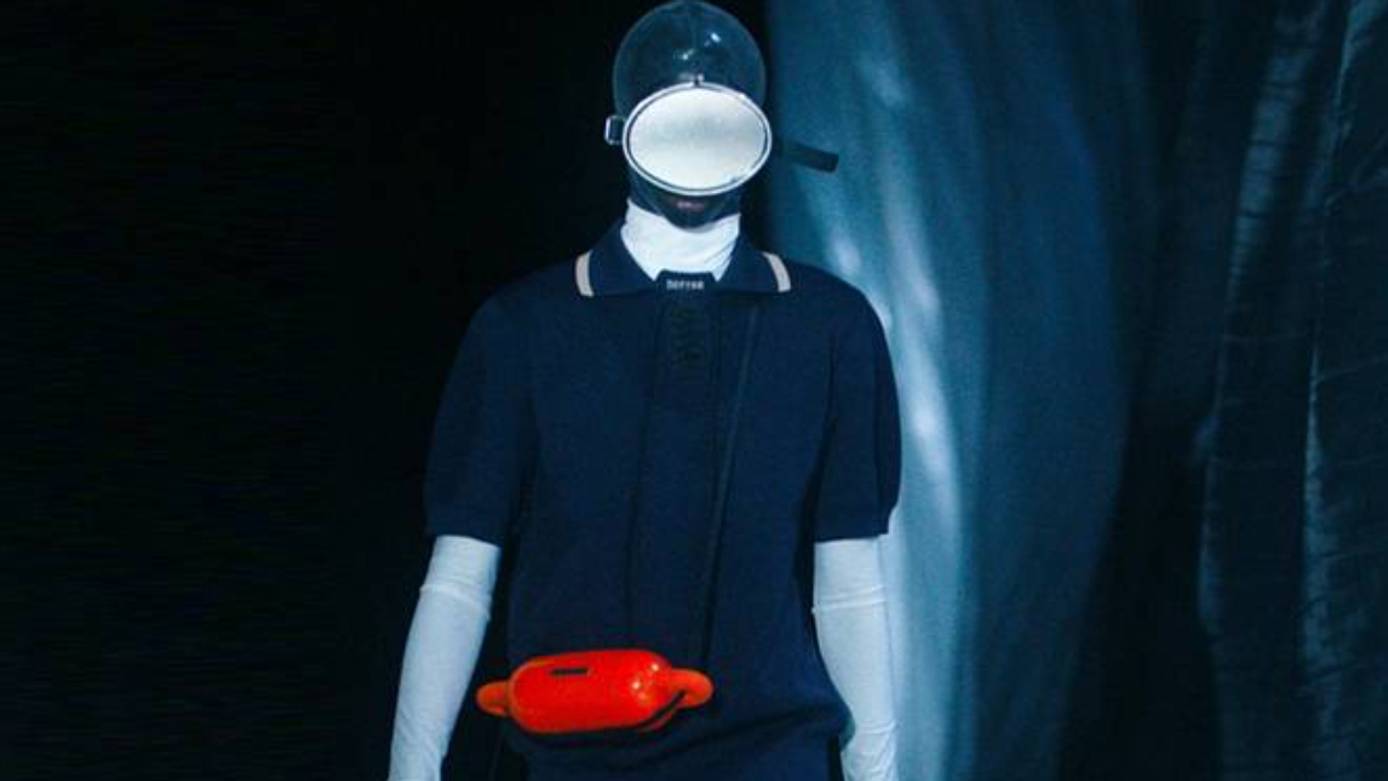 Lisi Herrebrugh and Rushemy Botter, artistic directors of Nina Ricci and founders of the Botter brand, are what we call emerging designers. With this status comes a lot of media attention, which they use to confront the fashion world with climate change. Their Spring / Summer 2022 Botter collection, â€œGlobal Warningâ€, was no exception to this commitment.

Presented as part of the official Paris Fashion Week calendar, the unisex line was unveiled by appointment on September 28 in Paris and on video on the website of the Federation of Haute Couture and Fashion (FHCM). The message was clear: global warming is accelerating and time is running out.

For the SS22 collection, the creative duo worked with the NGO Parley for the Oceans, an organization that works collaboratively to protect oceans and marine life. The partnership allowed Botter to offer a summer collection produced from 60% recycled ocean plastic, as reported by WWD.

Both Dutch of Caribbean origin, the creators tell a story centered on the world of the sea since their beginnings at the HyÃ¨res festival – during which they won the Grand Prix du Jury PremiÃ¨re Vision 2018. But more than an inspiration , for Herrebrugh and Botter, the marine environment is also a cause to defend.

“It’s not enough just to make clothes,” Rushemy Botter said last September in an interview with Vogue magazine. It is therefore logical that the brand has doubled the presentation of its SS22 collection, with a strong message aimed at alerting to climatic threats and disasters that alter or destroy the balance of the oceans. The result is a dark and frighteningly staged video.

The sirens of the cruise ships, the sound of waves and sea winds, a dynamic rhythm – although filmed in a refined concrete setting, the video transports the viewer to the seaside. But we are far from the paradise beach of the Chanel show spring-summer 2019. The bluish atmosphere suggests the simulation of a harsher reality, that of threatened oceans. The models wear diving masks, recycled umbrella hats (designed by the Piganiol company), walk at a brisk pace and tap on the camera screen as if to come and awaken our soul of environmental activist in a more confronting way.

The silhouettes are faithful to the Botter style: oversized polo shirts, bespoke pieces and mesh tops. The palette is predominantly blue and beige, with yellow and orange-red accents. There are other references to diving as well, such as compact materials, buoy-inspired bags and diving caps. As for the jewelry, the necklaces were created from fishing hooks, designed alongside the Japanese company Dowluck.

Opting for a climate emergency message, Lisi Herrebrugh and Rushemy Botter add their presentation to the list of catwalks that have confronted the fashion world on the same subject. These include the ‘Black Tide’ collection by Marine Serre (2019) and the spring / summer 2020 collection by Francesco Risso for Marni (2019).

According to a report released in August by the World Meteorological Organization (WMO), the number of disasters caused by weather, climate and water has quintupled over the past 50 years due to climate change – which is mainly caused by human activities. Conscious of its environmental impact, the fashion industry has taken many actions to reduce the damage caused by its industry. In this regard, the climate and resilience law, which was published in the Official Journal in August 2021, will have an impact on the clothing industry.

The luxury ready-to-wear brand Botter was launched in 2017. Its collections are distributed on its e-shop as well as at international brands such as Dover Street Market, Ssense, KM20, Boon the Shop, Printemps, Nordstrom and Galeries Lafayette.

This article was originally published on FashionUnited.FR. Translation and editing by: Rachel Douglass.