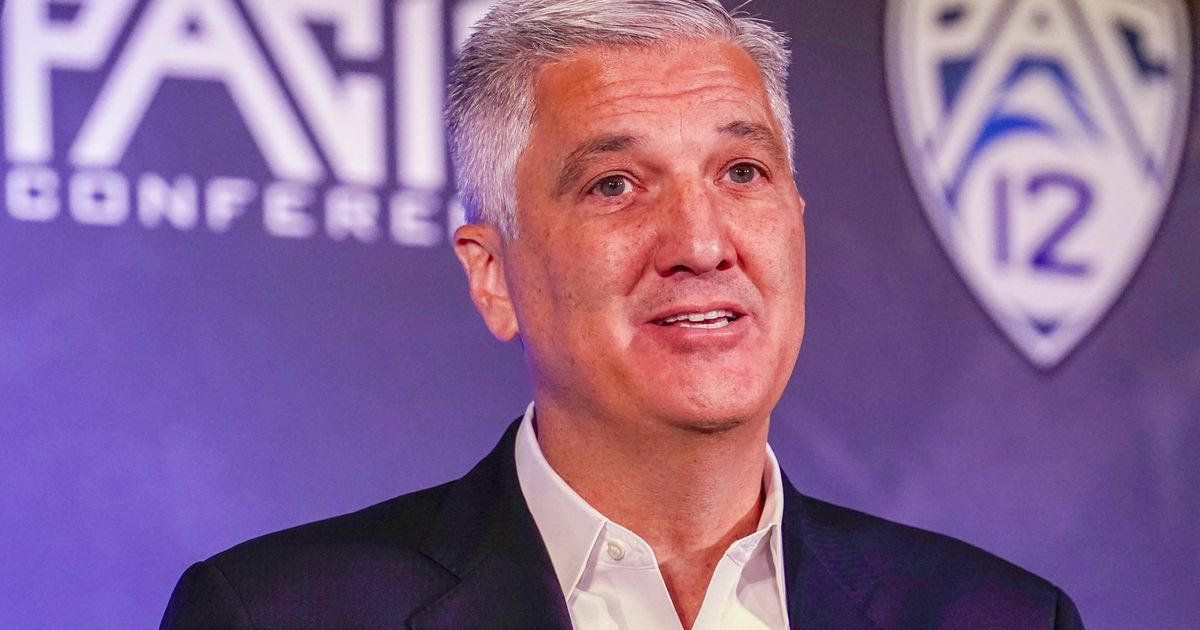 ‘I love all my kids the same’, but new Pac-12 commissioner George Kliavkoff has a history with the Washington Huskies

George Kliavkoff may not need a campus tour.

After all, the new Pac-12 commissioner has a history with the Washington Huskies. From 1995 to 2005, he lived in Seattle – even owning season tickets for Husky Hoops, while also sharing a membership plan for UW football.

“I love all of my kids the same way,” the 54-year-old executive said with a smile on Friday during a media panel discussion in the Jim Houston boardroom inside Husky Stadium. “But this is the only place where I have been a paying member of the sports department supporters before.”

But over the past 15 years, a few things have changed – and the Pac-12 has fallen behind its Power Five peers both financially and athletically (at least, in income sports).

Kliavkoff was hired to fix these issues and deliver results.

He did this first by embarking on an ongoing tour of each Pac-12 campus – which included, in this case, a presentation at an all staff meeting on Thursday, a session with the Huskies athletes on Friday morning, having lunch with UW football coach Jimmy Lake on Friday afternoon, and planning to attend the UW Pac-12 opener on Saturday against California.

All in all, this is not the same sports department that Kliavkoff contributed to in 2005.

But the value of UW relative to the Pac-12 is a relative constant.

“He’s an incredibly important member of the conference,” said Kliavkoff, who succeeded Larry Scott as Pac-12 commissioner on July 1. â€œSeattle, as you know, is one of our main media markets at the conference. We have five of the top 20 media markets in the country. Being in that market is very important to us. Obviously, with the long history that UW has with the Pac-8, Pac-10 and Pac-12, they have a long, long history that I’m very proud of.

â€œI think what’s different at UW today than when I was here is the facilities which are quite different. It’s very, very impressive, what has been built since I’ve been here in the late 90s and early 2000s.

Added UW athletic director Jen Cohen, sitting to the right of Kliavkoff, who has overseen many improvements to the program: â€œHe’s a guy with incredible experience, but he’s also transparent and collaborative. The ADs have been on board with virtually every idea and concept that he has brought to us because he truly cares passionately about the 12 schools and our students and our success. So when we’re all engaged in the same things, it’s pretty easy to come together.

â€œHe’s been great here. Our coaches, student-athletes, staff, donorsâ€¦ I can’t tell you how many texts and calls I’ve had in the last 24 hours about his willingness to listen and how smart he is and experienced, and most importantly, how committed he is and how much he cares about the things that are important to us too. So that was great. We couldn’t have seen his leadership come at a better time.

Here are some of the specific issues Kliavkoff addressed on Friday.

The state of the expansion of the CFP

On Wednesday, the college football playoff management committee – comprising the 10 commissioners of the FBS conference, as well as Notre Dame athletic director Jack Swarbrick – met in Dallas to discuss the current state of the expansion of the CFP. This was after a four-man subcommittee (which included SEC commissioner Greg Sankey, Big 12 commissioner Bob Bowlsby, Mountain West commissioner Craig Thompson and Swarbrick) previously proposed a 12-team playoff. to replace the current four-team model.

The hope was that if sufficient progress was made at Wednesday’s meeting, a proposal could be submitted to next Tuesday’s meeting of the PCP board – which will ultimately be responsible for voting on any expansion plans. of the playoffs.

But, according to Kliavkoff, there are “progressive problems” preventing any immediate proposal from being made.

“We are all determined to do it (expand the MFF), and we all want to do it as soon as possible,” he said, referring to the members of the MFF management committee. “The problem is, the current 12-team proposal still has parts of that proposal that aren’t great for everyone and need a makeover on the sidelines.”

Kliavkoff added that they had done a disservice to college football fans by “setting expectations as to how quickly we could reach the expansion. Everyone is hoping that we get to the expansion before the end of the current media mandate (at the end of the 2025 season), but it will take more work. â€

According to Kliavkoff, these “incremental issues” include queries over media rights, the involvement of boules (particularly the Rose Bowl) in an expanded CFP, potential player health issues related to an extended season, logistical problems in organizing winter playoff games in cold weather. territories, and more.

More importantly, is a 12-team playoff even the Pac-12’s preferred model? When asked if he supports an eight- or 12-team playoff, Kliavkoff said there were “pros and cons for both” and “I am actively in conversation with our athletic directors and coaches. football on these two scenarios and where we fall. “

The future of Pac-12 media rights

And, with the emergence of streaming services to challenge more traditional distributors for conference rights, how does Kliavkoff expect those rights to end up being divided?

â€œThere is a place to distribute our content on linear television,â€ he said. â€œSome of our content probably belongs to digital platforms. And I think when we think about levels one, two, three, four of our media rights over the next two years, when we start negotiating these deals, I think we’ll have multiple bidders from both sectors (streaming and traditional TV). ) for all our rights.

Specifically, Kliavkoff was asked – in five years – whether the Washington-Oregon football game would air on ESPN or Amazon.

â€œIt depends on who I sell the rights to,â€ he said with a smile.

The Pac-12’s relationship with Las Vegas

Kliavkoff’s relationship with Las Vegas is impossible to ignore. Prior to being appointed Commissioner of Pac-12, he was President of Entertainment and Sports for MGM Resorts International. He oversaw the annual Pac-12 Conference basketball tournaments at T-Mobile Arena and also helped organize the conference football championship game at Allegiant Stadium.

Unsurprisingly Friday, Kliavkoff said, â€œI think Vegas is a one-stop market and it benefits from large-scale events in town. It attracts a lot of people. I think we’ll have more events in Vegas over time.

But, when the conference lease in San Francisco expires in two years (although there is an option for a third), would he also consider moving the Pac-12 headquarters to Las Vegas?

â€œWhat I would say is it’s a very expensive lease (in San Francisco),â€ he said. â€œIt’s in one of the most expensive zip codes in the country. We are paying a lot of money for this lease which I would much rather send to schools to use to support student-athletes. So I don’t know where the head office is, but I will tell you that we will pay much less rent than what we are paying today.