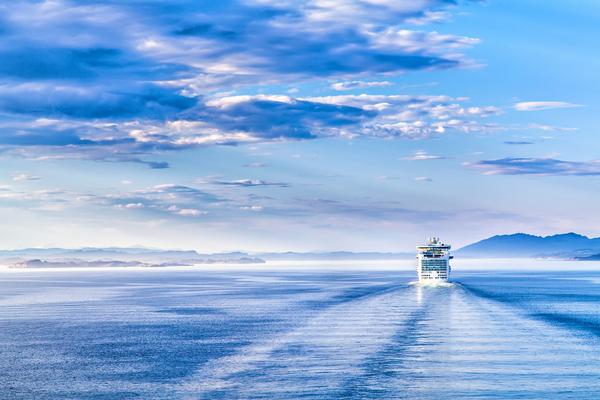 Article written by Jonathan Helton, Associate Researcher at the Grassroot Institute of Hawaii.

Some ancient laws have stood the test of time. Some did not.

The epitome of the latter is the 135-year-old Passenger Ship Services Act. From the Atlantic to the Pacific, from the Great Lakes to the Gulf of Mexico, the PVSA has limited America’s tourism potential, for little tangible return.

The PVSA is the passenger equivalent of the Jones Act of 1920, which requires goods transported between US ports to be carried on US-flagged ships built and primarily owned and piloted by Americans. The PVSA and the Jones Act are intended to protect the United States’ domestic shipping industry and to ensure that there is a pool of ships and sailors available to the government during a national security crisis.

These laws seem good on the surface, but they do not work in practice. U.S. shipyards that build large ocean-going commercial vessels have fallen to just four, which cumulatively only build two to three commercial vessels per year.

In the case of cruise ships, however, the outlook is even bleaker. There has not been a single ship with more than 800 passenger berths built in the United States since 1958. The last time anyone tried, in 2001, the project was a dismal failure, despite millions of dollars. federal grant dollars.

Half completed in the United States, this ship had to be transported to Germany to be completed. Ironically named, the Pride of America is now the only large oceanic cruise liner qualified under the PVSA to carry passengers between U.S. ports without having to call at a foreign port as part of its itinerary. Plus, the only reason it can do this is because Congress has exempted it from the PVSA U.S. construction requirement.

Of course, there are several smaller US cruise lines that operate PVSA qualified vessels in the river and coastal markets. But these lines are not supporters of the law, although it is designed to block outside competition. Several American lines deplore its high costs.

So if there is only one large vessel â€œprotectedâ€ by law and the passenger ship industry as a whole is against it, why bother keeping it?

This is exactly what US Senator Mike Lee asked just a few weeks ago. The Utah Republican has proposed three bills to repeal or reform the PVSA, each of which could go a long way in revitalizing national cruise tourism.

Cruises from New York to Miami, non-stop in a foreign port? Perhaps. But these roads don’t stand a chance in the status quo. This makes the cost of the law difficult to estimate, but anecdotal evidence reveals that the law puts a damper on U.S. tourism.

During World War I, for example, the PVSA and other US cabotage laws had to be lifted for Hawaii. So many American ships were drawn to transport troops that foreign ships were needed to move goods and people between the mainland and the territory.

Fast forward nearly a century, and in 1997 the United States Government Accountability Office found that changing the PVSA would increase California tourism revenue, while a 2001 United States Senate report noted that ” growth in domestic cruise ship trade has been hampered by the rising costs of building and operating US-flagged cruise ships.

The same goes for other American roads. The PVSA created barriers for foreign ships in the Great Lakes and limited the potential for East Coast cruising.

The COVID-19 lockdowns of 2020 and 2021 further underscored how the PVSA created potentially destructive market distortions for the U.S. cruise industry.

One of its quirks requires that foreign-flagged cruise ships – often owned by U.S. companies, such as Carnival Cruise Line and Royal Caribbean Cruises – make at least one stopover at a foreign port if they are carrying passengers between them. American ports.

This is why most Lower 48 cruises to Alaska stop at Canadian ports such as Vancouver and Victoria. Likewise, foreign-flagged ships sailing from California to Hawaii often stop in Ensenada, Mexico. And foreign-flagged cruises from Florida to New England must stop in Canada to meet legal requirements.

In Canada, PVSA is in the news right now because US efforts to repeal or reform the obscure law are in part motivated by Canada’s ban on cruises stopping at its ports until March. 2022, due to fears of COVID-19.

In 2020, Canada’s ban didn’t matter because U.S. COVID-19 restrictions on their own had virtually crushed Alaska’s cruise-dependent tourism industry. But as U.S. restrictions began to ease, all hopes of an Alaskan tourism revival in 2021 were dashed when Canada announced plans to keep its ban in place for another year.

It was then that Alaskan officials realized that it was the PVSA that now stood in their way, preventing large cruise ships from making trips between Seattle and the Last Frontier.

A summer without income from cruise ship tourism has been difficult. Two would have sounded the death knell for dozens of small businesses. â€œThe survival of our communities is really at stake right now. â€¦ Not everyone will survive, â€a Juneau business owner predicted in early March.

After negotiations with Canada failed, the congressional delegation from Alaska introduced legislation to renounce the PVSA. In a surprisingly swift, bipartisan effort, the Alaska Tourism Restoration Act was approved by Congress without objection and signed by the president in late May.

While this waiver was essential to help save Alaska’s 2021 tourist season, it does indicate when an emergency law must be lifted to prevent another disaster.

As Keli’i Akina, president of the Grassroot Institute of Hawaii, wrote of the Jones Act waivers: “If a shipping law that ostensibly protects ‘national security’ is to be lifted every time it there is a crisis, maybe the problem is the law itself. “

Oddly enough, most of the voices against Lee’s PVSA bills are not from the United States, but from Canada. That’s because Alaska’s commercial cruise ships bring in about $ 2.2 billion a year to the nation’s tourism industry – extra money that could be spent in Alaska if the cruise ships did not have to stop in Canada.

Even if the PVSA were repealed or reformed, travel writer Bruce Parkinson believes that “cruise ships will still make stops in British Columbia, simply because of their attractiveness to guests.”

But the market, not an outdated law, should decide these stops. As Senator Lee said, “The PVSA is a bad economy and a bad law.” Its invoices are the perfect opportunity to update the PVSA for the 21st century.

Don’t Blame Us For The Chaos In The Container Market: World Shipping Council