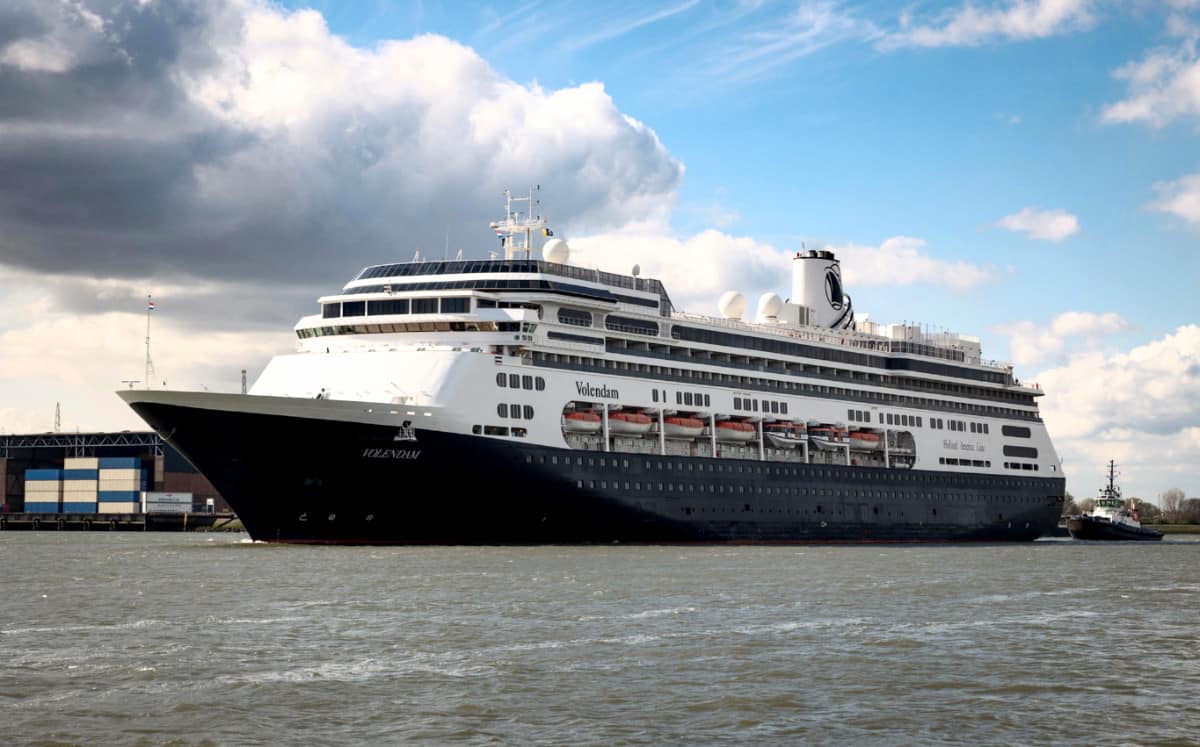 Holland America Line and the City of Rotterdam have extended the charter of the cruise ship Volendam. Since chartering began in early April, the ship has taken in some 1,200 Ukrainian refugees.

Originally scheduled to end at the end of June, the local government of Rotterdam asked Holland America Line and Carnival Corporation to extend the charter for another ten weeks. This also means that the original return to service date of July 3 will no longer be respected.

Volendam remains in Rotterdam as a home for refugees

The Dutch city of Rotterdam has extended the charter of the cruise ship Volendam of Holland America Line. Since April, the city has chartered the ship from the Seattle-based cruise line to house those displaced by the war in Ukraine.

The first guests arrived on April 6; the ship is currently hosting some 1,200 refugees and will house up to 1,500 refugees through the extended charter.

The agreement is part of a commitment by the Dutch government to welcome up to 50,000 refugees who have fled war in their home country.

“We are in a unique position to meet immediate food and shelter needs, so we felt it was very important to work with the City of Rotterdam and charter this vessel. Our company was founded in Rotterdam around the mission of helping immigrants find a better life. So today we are proud to be part of a similar mission for Ukrainians who have been tragically displaced.

The charter was due to last until June but will now be extended for ten weeks. The agreement stipulates that Holland America provides hot meals, private cabins, housekeeping services, laundry, use of public areas, fitness facilities, Internet access and other necessities.

Ukrainian guests are supported by some 650 Volendam crew members and social workers from the Dutch government and the Salvation Army. The refugees also receive free health care, while the children on board are educated.

Six additional trips on board Volendam have been cancelled, which include a 14-night cruise to Norway on July 3, a 14-night Northern Europe Exploration on July 17, a 14-night UK and Scandinavia cruise on July 31 and three more cruises to to September 24 in the UK, Western Europe and the Mediterranean.

“We are sorry for any inconvenience this will cause to customers who have booked through Volendam during the summer,” said Beth Bodensteiner, commercial director of Holland America Line. “We appreciate their continued understanding as we work with the City of Rotterdam on this important assignment.”

The first re-commissioned cruise is now scheduled for a 14-day trip to the Holy Land and the Ancient Kingdoms from Venice, Italy on September 24, 2022.

Almost all Holland America ships are currently in service; the only ship that is not yet sailing with guests is Westerdamdeparting June 12 from Seattle with 7-night sailings from Alaska