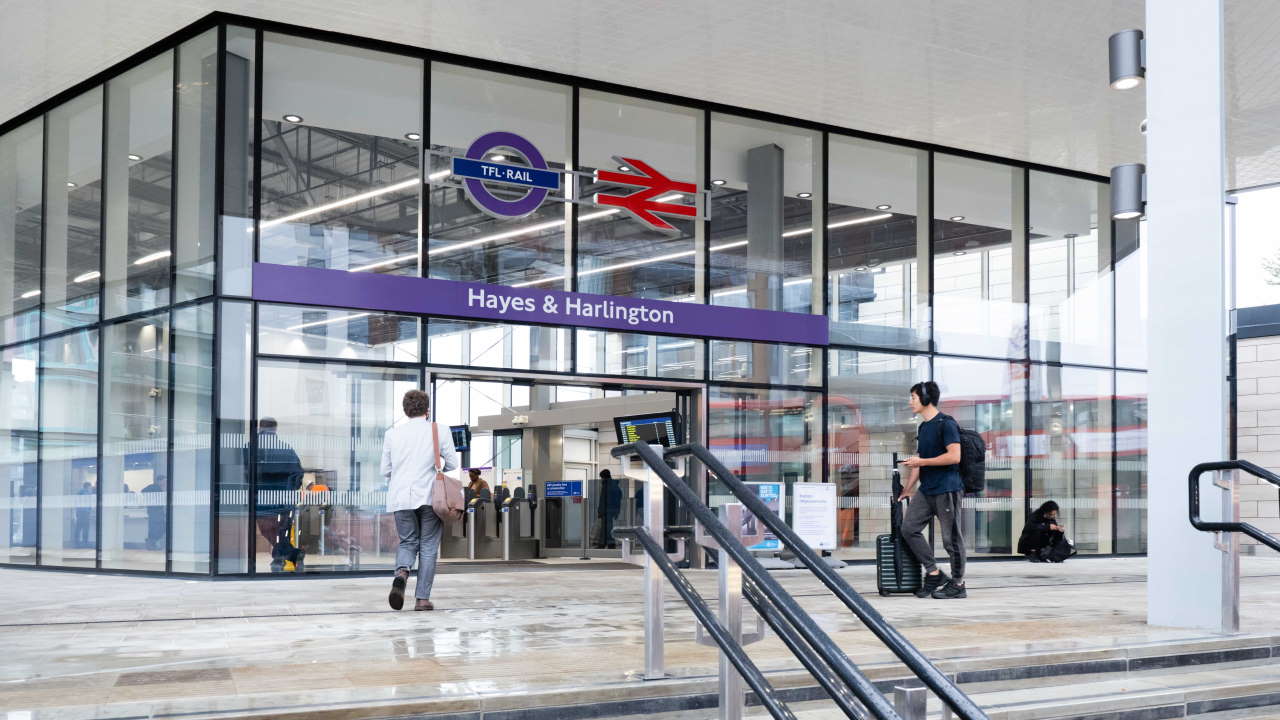 Network Rail announced that Hayes and Harlington station had completed upgrades before the Elizabeth Line opened in 2022.

Each of the Elizabeth Line stations will offer step-free access when the line opens, with customers already enjoying the benefits of upgrades, such as brand new elevators to the London Underground platform at Moorgate station, as well as the London Underground and London Overground platforms at Whitechapel. once the station had moved from Crossrail during the summer months.

Hayes & Harlington Station, which offers TfL services from Paddington, is also a connecting point for those traveling to and from Heathrow Airport. The station has undergone enormous upgrades, including a total redevelopment of the station entrance to a contemporary glass and steel structure.

Once inside the station, customers will appreciate the bright and spacious lobby with its welcoming atmosphere for passengers and a wider entrance door for tickets and contactless payment. In addition, new cash dispensers and customer information screens have been installed.

A brand new footbridge connects the ticket office to the platforms with three new elevators giving step-free access to the station’s five platforms. Hayes & Harlington Station is staffed at all times when trains are running and ramps are available for those who need them to board trains.

Each Transport for London train station offers a departure and arrival service for customers who require assistance.

Other new features at the station are a waiting room, toilets and new awnings to provide additional shelter for passengers waiting to board trains. The station originally opened in 1868 and had to undergo many changes during its years of service, the latest being upgrades and also Network Rail extending all platforms in order to provide trains from the Elizabeth line over 200 meters long.

Osterley, Sudbury Hill and Harrow-on-the-Hill stations have work underway to make access walk-less before the end of 2021.

The new North Line stations at Nine Elms and Battersea Power Station will also open with street-less access to the train on September 20 when the extension opens.

Much of the cost of the Elizabeth Line will be funded by London, and once the railway opens, it will operate as three individual railways. As a first step, passengers traveling from Hayes & Harlington will need to change at Paddington for services in the central part of the itinerary.

Rails Minister Chris Heaton-Harris said: â€œThe completion of the transformation of the sixth and final station on the West Line of the Elizabeth Line brings these Victorian stations into the 21st century and improves passenger services. .

“Hayes & Harlington is the last station to have step-less access, but every station on the line will have it in place when the Elizabeth Line opens next year – a critical accessibility milestone in the capital.”

Heidi Alexander, Deputy Mayor for Transportation, said: â€œThe improvements to Hayes & Harlington station will make a huge difference to everyone who uses the station, especially those who require step-free access. It’s great to see so many stations modernized as part of the Crossrail project as we count down to the opening of the Elizabeth Line, which will transform travel across the capital.

Howard Smith, TfL’s chief operating officer for the Elizabeth line, said: â€œHayes & Harlington is a very busy interchange for customers using Heathrow Airport and the station now has elevators for all who use it. need, which benefits those who travel with luggage, wheelchair users. , as well as those with strollers. The Elizabeth Line delivery works mean that customers using TfL Rail services from Paddington benefit from stations with new facilities, including step-free access ahead of the Elizabeth Line opening next year, which will transform accessibility in the capital. “

Network Rail Elizabeth Line Manager Tim Ball said: â€œThe opening of the new Hayes & Harlington facility is a real milestone after years of hard work. It is the sixth and last station in West London to open this year after being transformed by Network Rail and brought into the 21st century as part of the preparation for the Elizabeth Line. With sparkling new ticketing rooms, these stations now all benefit from significantly improved passenger flow and improved accessibility with elevators and walkways offering the promise of step-free access to all platforms serving the Elizabeth line.