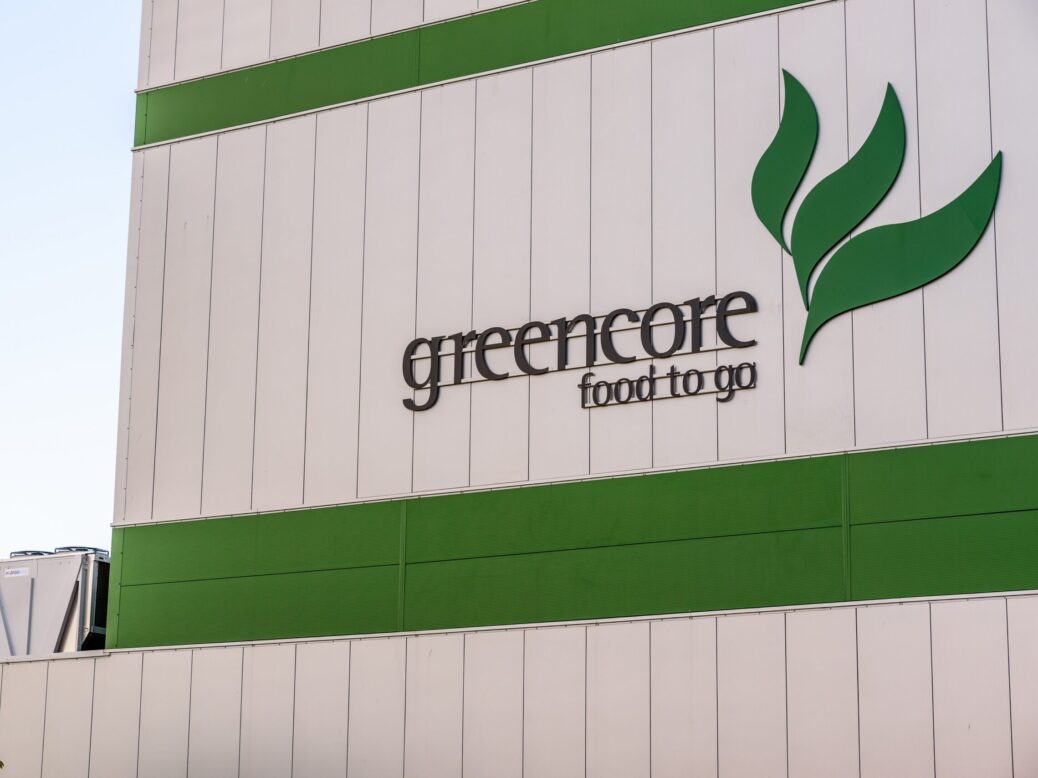 Greencore bounces back with profit boost plan on board

Greencore rebounded in every direction, with the first half of its financial year highlighting how the Irish takeaway and convenience provider recovered from a pandemic-related downturn.

Group revenue jumped 33.6% to £770.8m ($963.5m) in the six months to March 25, well above £577.1m a year earlier, when Greencore had seen its sales drop by 19%. There was also a recovery in EBITDA, operating profit and margins, and a return to benchmark earnings from losses incurred due to a decline in consumer mobility related to Covid-19.

London-listed Greencore, which supplies private label to the UK’s leading supermarkets, discounters, convenience stores and cafes, as well as food and travel chains, is bullish on its full year as the business enters its peak summer trading season.

“The group is encouraged by the momentum of revenue and profit conversion in the first seven weeks of the second half, in what continues to be a challenging environment,” Dublin-based Greencore noted today. (May 24), referring to the inflationary costs of inputs, supply constraints and labor shortages facing the agribusiness sector.

“Based on strong recent execution progress, we believe the outlook for continued operational improvement and delivery looks good,” Black wrote in a post-earnings research note this morning. “Greencore faces multiple external challenges but, despite these, it is emerging under normalizing conditions with stronger market positions, improved operational efficiency and therefore the basis to deliver better financial output in the future. “

Around £175m of new business secured last year is now filtering through, while a previously announced £30m capital investment in factories is bearing fruit and is expected to be completed in the fourth quarter.

And this morning, Greencore revealed a so-called earnings improvement program dubbed Better Greencore launched in the first half.

“It’s all aspects of our P&L. It’s about operations and our operational efficiency, how we seek to optimize production at our facilities – simplification, overall operational metrics and how we get more volume through our facilities more efficiently,” said the CFO. Emma Hynes at Just Food this morning, adding “there is also an organizational structure component, so there is also a people and headcount component”.

Asked about possible job losses, Hynes explained: “Obviously we are looking at how we become more efficient in our facilities and how we optimize the workforce, but we are also looking at overhead and our organization. . Whether it’s how we’re organized in terms of headcount and organizational design or whether it’s all overhead areas of our facilities and ensuring we buy the right things at the right price at the right time.

Greencore is targeting a profit of £30 million from the program in financial year 2024, which “already supports the translation of earnings into analyst models”, Hynes said. Around £24m will be invested this year and next, with a related ‘exceptional cost’ of £8m incurred in the first half, which it says is likely to rise to around £15-16m over the course of This year.

Takeaway food, Greencore’s largest line of business consisting mainly of chilled sandwiches and snacks, salads and sushi, accounted for 65% of reported and pro forma revenue of £502.1m. Revenue was up 48% pro forma – excluding exceptional costs – compared to the first half of last year, and 8% compared to pre-Covid levels in 2019.

“Demand is strong in the food-to-go space,” Hynes said, despite the emergence of hybrid and home-based work in the wake of the pandemic.

“In food-to-go in particular, it was the big question: ‘will the volume return to where it was before Covid’? Our revenue in the half year was 108% of pre-Covid levels and 110% in the second quarter. Underlying revenue is at 95% so it’s not back to where it was, but what we’ve done is complemented by the new business gains of 13% impact,” she said. declared.

“If you think about volume, volumes are around 91% in takeaway food on a like-for-like basis, and then there’s kind of a 4% impact on the price broadly. With the return of mobility in the market you see the recovery, but it’s still not 100% where we would have been before Covid.

Greencore raised prices in two “waves” to combat inflationary pressures, with a third wave underway amid high single-digit inflation in the first six months of the financial year. It is expected to pick up speed for weak teens in the back half.

Hynes explained: “We have a strong customer partnership model, and that allows us to look at the price, but also to look at the range, how we think about ingredients – alternative ingredients, alternative sources – and working collaboratively with our customers. on how to mitigate inflation for the end consumer.

She added: “We felt we had to get there early knowing there would be more waves, and we did. We went into the first wave, which was the biggest component. We have continued to engage since December and January on the second wave and are now well into the third wave, after the invasion of Ukraine.

Hynes describes an indirect impact on Greencore from how the war in Ukraine has shaken commodity markets.

“In terms of direct exposure, I would say we don’t have a huge amount, but clearly the events in Ukraine are impacting the entire supply chain. This challenge will be there for all businesses like ours that need wheat. Obviously we buy a lot of bread, so a tighter supply chain will have an impact.

“We have seen good growth in our convenience store business – about half of that is in ready meals and large volumes. We specialize in Italian in this space and it has worked well – and we’re seeing continued strong demand on the ready meals and soups side of the business,” Hynes said.

As a maker of private label food products, Greencore expects to benefit from the current cost crisis, although Hynes warned that price increases will be watched for any volume impact on the consumer front.

“We don’t see anything to worry about at the moment,” she said. “Traditionally, we have taken advantage of this inflationary environment and our categories are doing well. We would be convinced that with the inflation challenges…we are well positioned and private label is a net beneficiary.

Elsewhere in Greencore’s results, adjusted EBITDA rose 65.3% to £43.8m, with group operating profit up 84.6% to £7.2m . The associated margin also rebounded, coming in at 2.2% from a flat impression in the first half a year earlier.

In September, Greencore will have a new CEO in the form of retail veteran Dalton Philips, former boss of supermarket chain Morrisons. Longtime chief Patrick Coveney left the company in March, with chairman Gary Kennedy at the helm, supported by deputy chief executive Kevin Moore and Hynes.

Shore Capital’s Black wrote: “The top Kennedy, Moore and Hynes team have steered the ship well through turbulent waters and we expect them to hand over the CEO baton to Dalton Philips with a much improved business in September.

“As such, with S1 FY-22 progress tracking (seven weeks into S2, the background music is good), there’s reason to feel more confident than our earnings estimates at medium term are well supported.”

Natural and nutritional ingredients for food and beverages