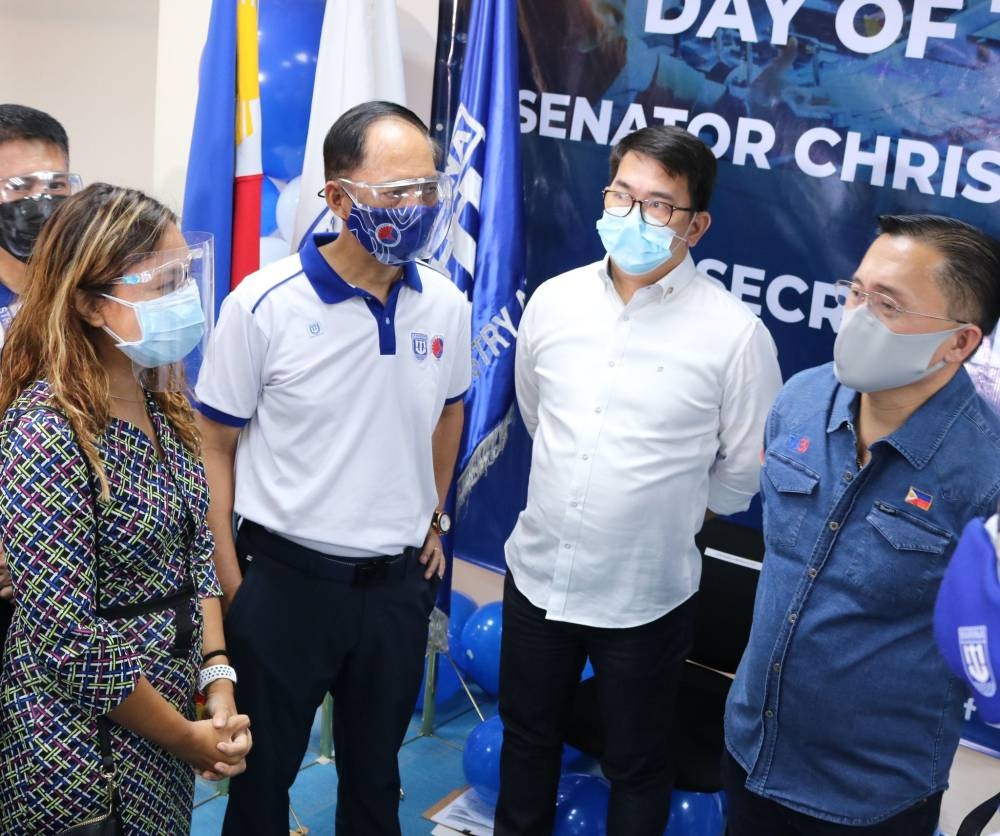 The maritime group of the Association of Licensed Manning Agencies (ALMA) recently called on the government to take urgent action to resolve the global dilemma of “crew change” caused by the limited number of inbound flights and the persistent lack of quarantine facilities in the country.

If this is not resolved, ALMA said it could result in lost job opportunities for the more than 400,000 Filipino seafarers.

In a position paper sent to Senator Christopher “Bong” Go through

Maritime Industry Authority (Marina) administrator Robert Empedrad, ALMA, calling the issue an “urgent” need, stressed that while the maritime industry recovers from the disruption of its operations due to the pandemic , she now faces another crew change dilemma caused by the limited capacity of inbound passengers at Philippine airports.

“Due to this passenger limit on inbound flights, international flights to the country could only offer a limited number of seats,” ALMA stressed, adding that to meet their operational expenses, airlines are increasing. their fares or prioritize selling the most premium and expensive seats, or simply cancel flights. Both increase the costs of crew changes.

The current cost for international flights to the Philippines is approximately $ 1,500.00 and peaks at $ 4,500.00 per person. For the plane ticket alone, that figure is double and even more than triple the initial cost of a Filipino crew’s return flight before the pandemic.

ALMA stressed that “the cost itself is four times the monthly salary of an ordinary seafarer. Due to these high and unaffordable costs, the ship owners and the charter parties concerned choose to cancel and postpone the crew change until a more cost-effective option is available “.

In addition, flight disruptions caused serious delays in signing off.

The group cited the 2006 Maritime Labor Convention (MLC, 2006) which stipulates that the maximum authorized duration of a seafarer on board by contract is limited to a maximum of 11 months.

Beyond the regulations, staying at sea beyond the contract is also a risk to the safety of the crew and the ship, as the crew suffering from fatigue is susceptible to mistakes and accidents that can lead to injury. , death and pollution. Thus, all ships are heavily regulated and penalized for keeping their crew within the recommended authorized service life and all states, especially the Philippines, must ensure that ships can change crews when required.

To make matters worse, international flights to the Philippines can be canceled at random, leaving sailors stranded overseas, waiting weeks or a month for Filipino flights to become available.

It also poses dangerous conditions for stranded Filipino sailors because “with or without theft, they must disembark”.

Some of the problems sailors face in this situation include mental health issues, additional personal expenses, fatigue and additional exposure to the risks of Covid-19.

ALMA added: â€œFilipino seafarers face these issues which have also resulted in additional indirect costs for foreign shipowners who are the providers of jobs at sea.

For seafarers stranded in foreign countries, shipowners and charter parties must pay extra for extended hotel stays, agency fees, food and even regular and additional crew wages as their employment contract, by regulation, does not expire until they return to their rental location (the Philippines). “

This makes the hiring of Filipinos expensive and uncompetitive in the crew market as the major ones start to look to other nationalities of seafarers who are not burdened with the extra expense like we are doing now.

The current passenger limit on inbound flights imposed by the Philippine government prevents the crew change from operating effectively. The reason for the limited number of air passengers imposed by the Interagency Working Group for the Management of Emerging Infectious Diseases (IATF) is the lack of quarantine facilities for Filipinos arriving from overseas.

The group also denounced the day of additional quarantine which visibly affects the availability of facilities.

In accordance with IATF Resolution 114, 2021 series, all arriving passengers are required to undergo 14 days of quarantine upon arrival. The first 10 days of which must be observed in a quarantine facility approved by the Quarantine Office (BOQ).

This was increased to a 7-day quarantine, resulting in a drop in available rooms, followed by a decrease in inbound passenger capacity at Philippine airports.

The group continued, the lengthening of the quarantine period was associated with a reduction in the number of people instead of an increased number of rooms available for the quarantine.

Currently, the 10-day on-site quarantine requirement in place additionally takes up room slots that could be allocated to other inbound foreign workers – making the issue significantly unresolved.

In a previous report, the director of the Overseas Workers Welfare Administration (OWWA), Hans Cacdac, said that hotels serving as quarantine facilities for seafarers and other Filipino workers abroad (OFW) remain full with more of 10,500 Filipinos Returning Abroad (ROF) currently accommodated in 183 hotels.

Cacdac revealed that the number of ROFs accommodated in various hotels has increased significantly in recent days due to the extended quarantine period required by the IATF.

The group pointed out that instead of pushing for the release of budgeted funds to pay for quarantine rooms and additional transportation, the government has decided to invariably reduce the number of Filipinos returning to the Philippines, risking the safety of our sailors there. foreigners who continue to work to keep the global supply chain running.

The high cost of inbound flights dramatically increases the cost of hiring a Filipino crew.

If the government maintains this strategy, warns ALMA, â€œour seafarers will lose their jobs on board as the mainstream will constantly find more sustainable and profitable ways to operate (and equip) their ships – leaving the jobs of some 400,000 seafarers. Filipino assets in danger be handed over to other nationalities. “