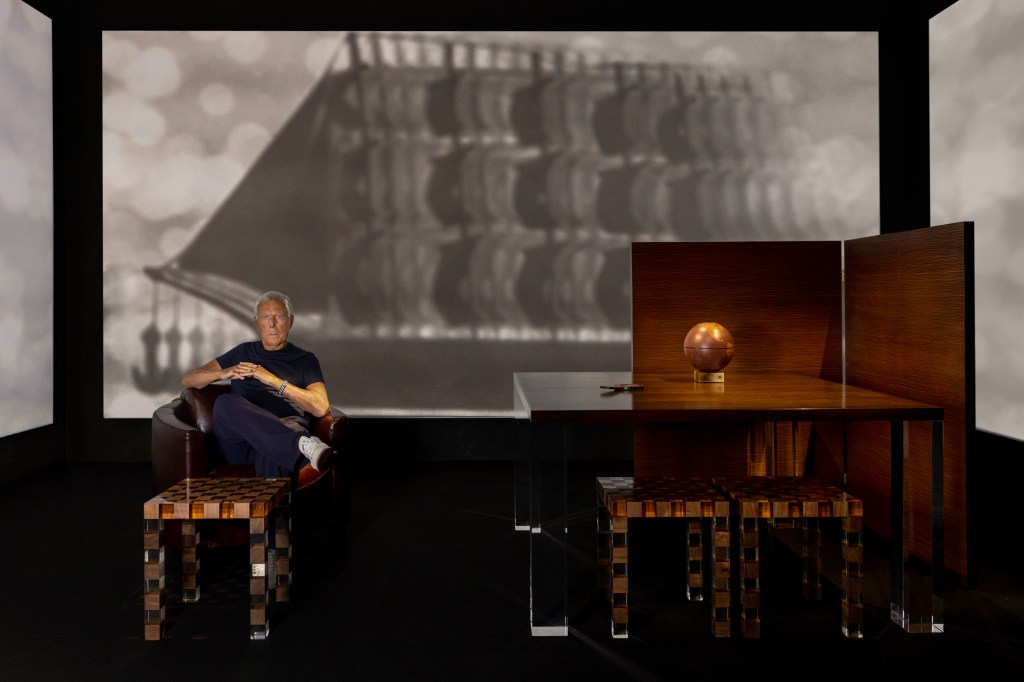 MILAN- Giorgio Armani’s aesthetic is unmistakable, but the designer has chosen to emphasize his precise style and mark on the interior design segment with a display of some of his classic Casa pieces as well as newly created pieces. during the Salone del Mobile.

Installed in the Armani/Silos exhibition space, accompanied by a tribute to the Logo Lamps, first imagined by the designer in 1982, the furniture occupies scenographic decors according to the brand’s recurring themes and references: 1930s, with an Art Deco spirit – much loved by Armani – and the 1940s; Far Eastern, Chinese and Japanese inspirations in particular; travel and the world of nature.

“In recent years, I have focused on the essential aspects of my style lexicon. In design, as in fashion, I feel the need to reaffirm the founding elements that define the Armani style,” said the designer. “This exhibition, designed to mark the return of attendance at the Salone del Mobile, is a way of crossing my aesthetic in its salient aspects, highlighting connections, suggestions and references. For the first time, I am using the Silos spaces to create an exhibition that offers an immersive and emotional experience in the Armani/Casa universe.

Soothing images of flowing water set the tone in the room dominated by a Morfeo bed, with a suspended frame, upholstered in teal silk. The colors of the water are found in the rough texture of the shagreen of the Stendhal secretary and the Antoinette dressing table with its concealed interior.

While continuing its research into sophisticated materials, Armani presents table tops and desks adorned with mosaics of mother-of-pearl or shells.

Japan and China are echoed respectively in the Club bar cabinet with its lacquered surface, which reveals an unexpected interior upholstered in jacquard silk with a fan design, and in the Jylia chairs in lacquered wood.

Armani has always been drawn to flora and this season bamboo serves as the backdrop for an intricately ribbed paulownia wood room divider, and is a key element of the Sharon chair and the retro Suite valet.

A bold adornment is dedicated to the tiger, which is also the feline of the current year in the Chinese zodiac. The curved Renoir sofa is covered with the Sao Paulo fabric reminiscent of the animal’s coat, although it is not represented literally.

Combining new technologies with local tradition, the Pascal armchair is inspired by the seats of early 20th century ocean liners, but enriched with resin and methacrylate elements.

Armani has dedicated a space at Silos to accessories, such as the Scarlett leather travel blanket holder, with shoulder strap and metal hooks for cans, or the Secret bathroom storage cabinet, both cylindrical and swivel, in wood effect canneté, and a backgammon set. In the interests of sustainability, fabric scraps from previous collections are used for placemats, pillows and storage boxes. Surprisingly, Armani also presented a wooden sled, and croquet mallets and practice ball.

Open doors of passenger ships aggravate the spread of Covid-19