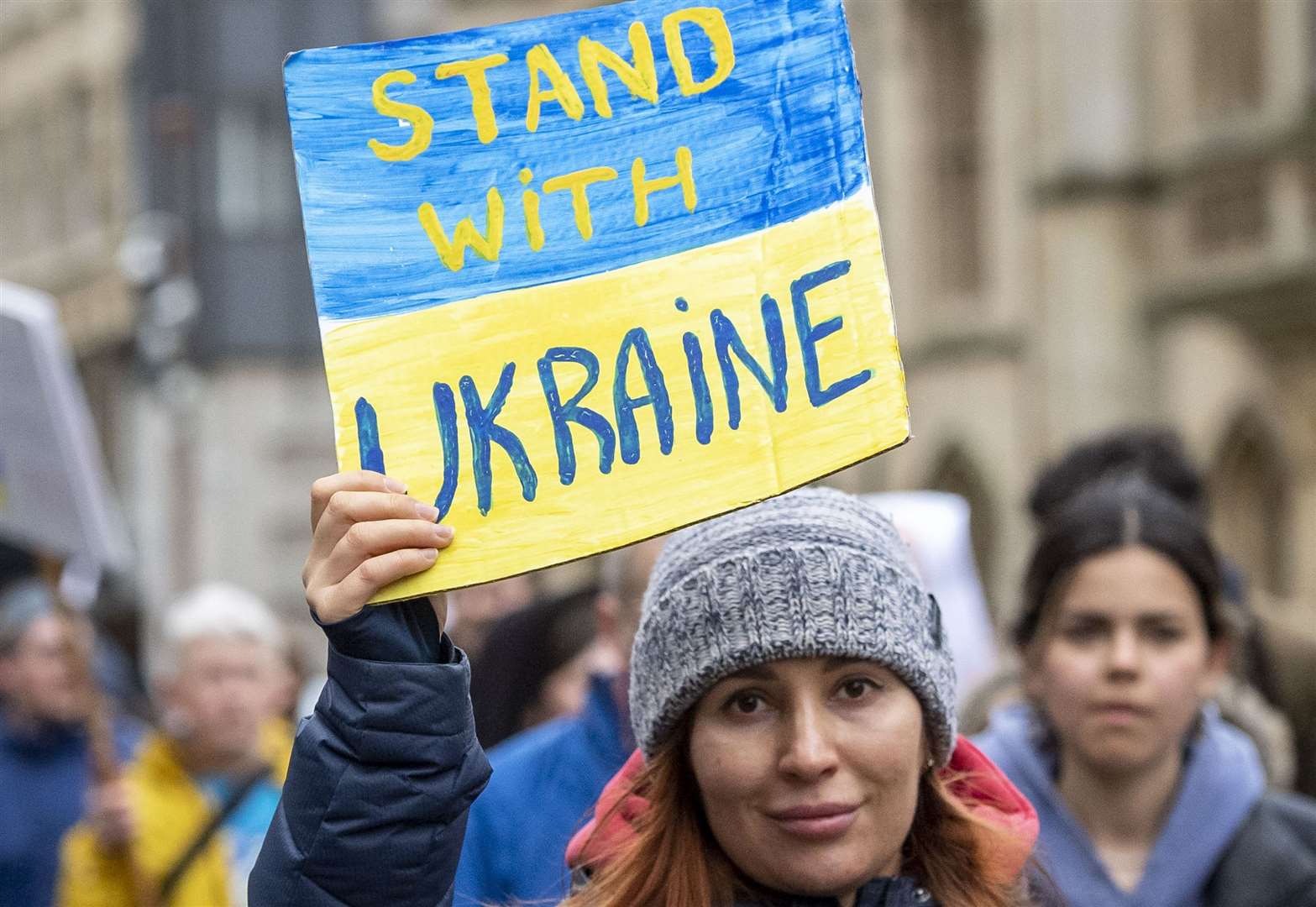 Do media reports on the war in Ukraine raise questions about race and refugees?

The world has been in shock since Putin ordered his army to invade Ukraine.

The invasion of Ukraine created more refugees than the war in Iraq, and for the first time since World War II, a “developed” nation was besieged.

For many, this is the first time in their lives that they have seen relatively well-to-do white people running for their lives.

There is still no clear answer as to why Putin committed such a heinous act, other than his flimsy bleating about eradicating Nazism from the state.

Russian media tell a very different story from the rest of the world, with many relying on VPN to access uncensored material, much like China – which has banned the use of many popular social media sites and relies on state-censored media such as WeChat or Weibo. .

Many Russians protest the invasion, risking imprisonment or worse. Images of Russians burning their passports on TikTok have gone viral.

Disturbing reports have emerged about the treatment of black students trying to flee Ukraine show a troubling racial element to the crisis.

A black man was reportedly ordered to ‘get off the train’ with a gun pointed at his head, while a black woman with a child was pushed away from boarding a train and fell into the crowd.

Africans took to TikTok saying they were now “stuck” in Ukraine and saw black men being kicked out of transport.

Medical student Koko, who is studying between Ukraine and England, spoke of the difficulties she has faced leaving the country since the Russian invasion.

She said on Twitter: “Since speaking out about my fate to leave Ukraine and subsequently the racism and white supremacy that I and many others have faced. I have now become a target for the racists.”

We are used to seeing images of refugees and asylum seekers crossing the ocean from places like Syria or Afghanistan.

The British press openly published in 2016 the work of controversial columnist and public figure Katie Hopkins, who said: “These migrants are like cockroaches. They may look a bit like “Bob Geldof’s Ethiopia circa 1984”, but they are built to survive a nuclear bomb.

Tragically, many people agreed with Hopkins.

Syrian refugees were seen as a terrorist threat, with many members of the general public unable to separate them from the cruel regime of Bashar al-Assad. I will never forget the haunting image of Alan Kurdi, a three-year-old Syrian man photographed by a Turkish journalist lying on the beach in 2015. The image has gone viral and is seen as a symbol of the tragedy of war.

Kurdi’s photo was turned into a joke by cruel internet trolls, who compared the young boy to a “jihadist terrorist” in training.

Many media compared the invasion of Ukraine to previous wars, citing the context as the reason for a high level of global empathy.

Medhi Hasan, a news anchor, rightly pointed out the hypocrisy of the media last week. People have been quoted as saying, “They are people with blond hair and blue eyes”, “This is not a third world developed nation, this is Europe”, they are “well-dressed people “, “They are like us, they watch Netflix. »

Hasan said: “Europe has seen some of the worst human rights atrocities in history. When they talk about civilized nations, they are really talking about white people, aren’t they? »

Bulgarian Prime Minister Kiril Petkov said last week: “These are no longer the refugees we were used to. They are Europeans, so we and all other EU countries are ready to welcome them.

“They are smart people, educated people some of whom are highly skilled computer scientists.

“In other words, it’s not the wave of refugees we’re used to, where we don’t know what to do, people with dark pasts, maybe terrorists.”

The orthodox understanding of the refugee as a penniless and destitute victim is a false narrative.

Petkov may not remember that many Syrian refugees were actually wealthy and reestablished their businesses after being displaced.

Not only did they probably watch Netflix, but they were dressed head to toe in Gucci.

Those who could afford to migrate in the first place had enough resources to do so, some left their countries on luxury cruise liners.

Others sold everything they had to get their families to safety on a boat. As in Ukraine, the economic situation will have affected their ability to leave.

Yes, it must be said that there is perhaps an element of “whataboutism” to this – many question the relevance of discussing past wars.

Some would say that tossing speculation back and forth serves to divide, at a time when we should come together.

However, there is no denying that there is rhetoric at play that highlights our desensitization to refugees from the Middle East and North Africa.

Acknowledging this does not minimize the tragedy of Ukrainians, nor does it mean that they are less deserving of sympathy and help.

This raises the question of why one type of refugee, namely white people who “watch Netflix”, are welcomed with open arms, while many countries openly refuse to accept Syrian refugees.

The efforts of Germany, which has accepted more than a million Syrians, have not been reflected in the wider Europe.

Hungary and Poland, which are receiving an influx of Ukrainians across their borders, have been fiercely opposed to migrants during the Syrian crisis.

In 2016, a Pew Research Center poll showed that 82% of Hungarians thought refugees were “a burden on our country because they take away our jobs and benefits.”

The poll also found that 76% believed refugees would increase the likelihood of terrorism in their country.

Poland came under scrutiny last year over the treatment of migrants at its border after bodies were found in a field.

A Syrian named Ahmad who reached Germany said he was stuck in the forest in eastern Poland for 19 days, repeatedly pushed back by Polish and Belarusian border guards.

Despite all this, it would be prudent to overlook Ukraine’s relations with its European neighbors – mutual trust and a shared history have gone a long way towards facilitating the brotherhood we now see between nations.

The Poles in particular have had family members moving across borders for decades, despite the tensions following World War II there are woven ribbons of culture between the two.

People haven’t taken the same aggressive stance toward Putin sympathizers and hardline separatists who might be among the crowds as they would toward a Middle Eastern terrorist.

We were able to separate the human beings from the regime, in this case, many Russians denounce Putin. Just like the Syrians who now mourn the land where they built their livelihood, broke bread and prayed. They hate Assad.

The outpouring of compassion for Ukrainians was a beautiful thing to see and shows humanity at its best in times of crisis.

However, for some, the heartless mockery of little Alan Kurdi and the thousands of others who lost their lives in the Syrian civil war is sobering.