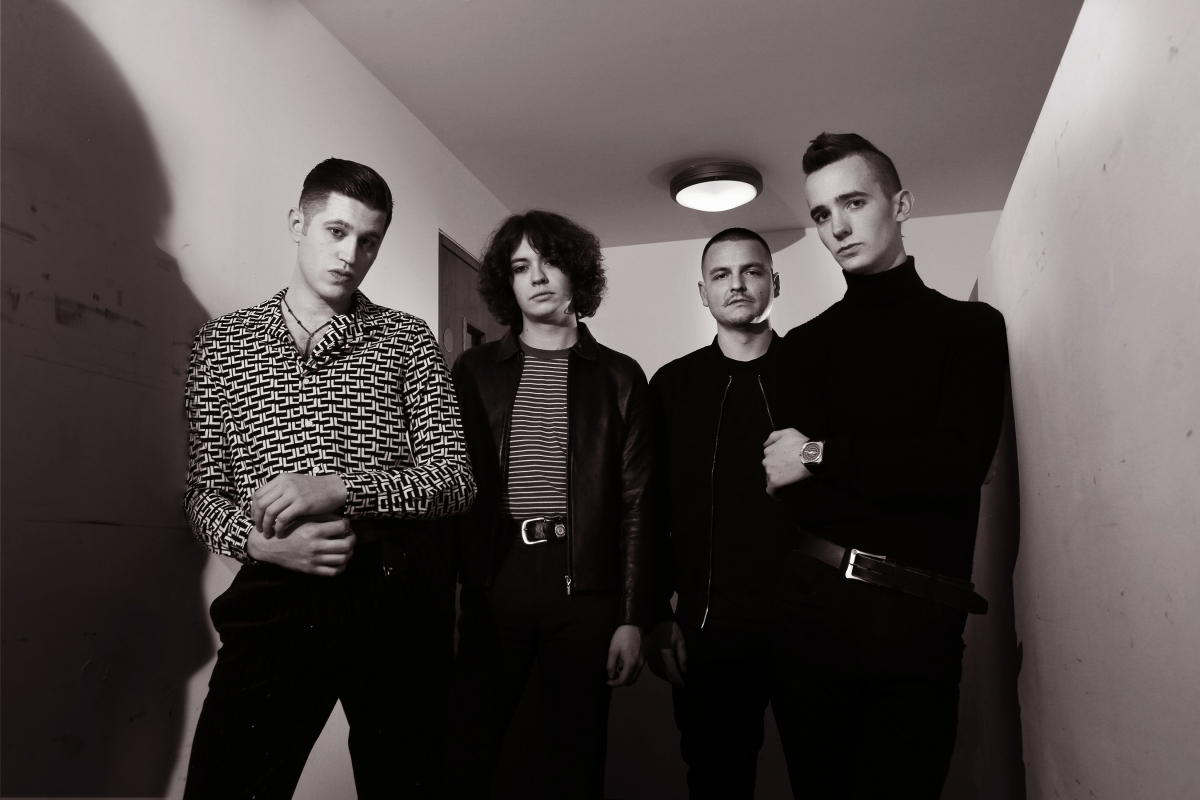 Since their arrival on the scene with their first EP Dials back in 2019, MiG 15 released a handful of clever and melodious singles. The last of them, ‘Too little, too late’ arrived in August and marries their most political lyrics yet (the title probably speaks for itself) with a bubbly, upbeat tune that falls somewhere in between Islands of the future and The killers.

Founding member and bassist James mccluskey is the latest musician to travel to the virtual desert island God Is In The TV and choose the items he couldn’t live without.

God Is In The TV: You are entitled to two albums, what are you going to do?

James McCluskey: Right off the bat, no questions asked, I should take an album in Shock. Most likely Sandinista – this is one of their most underrated albums, and yet it contains bangers such as’The Magnificent Seven “,” Charlie Don’t Surf “,” Someone Has Been Murdered “ etc. The album has over 30 songs, so you’ll be covered in terms of longevity, and it features many different styles and genres of music, so if you had a lot of time to kill (like being trapped on said desert island) the music wouldn’t. Would not sound stale after a while. My second album of choice would probably be Highlands, heavy rains through Aztec camera. Easy 80’s pop at its best. As easy as that. Just what you would need to keep calm (and again, it’s full of firecrackers). Coincidentally, this album also has a pretty Caribbean sound / groove, so it would be perfect if you got stranded in the middle of the ocean. It would help you embrace your surroundings a bit more.

You also have the right to two singles …

James: I would need a song that would put me in a good mood, so I should definitely take ‘Always look on the bright side of life’ through Monty Python. Always be positive, even in the most extreme situations. My other choice would be ‘Jack Sparrow’ through The isolated island. If this song doesn’t motivate you to live like a pirate then I don’t know what willâ€¦ And let’s not forget, Captain Jack himself managed to survive being abandoned on several deserted islands, so if what whatever this song would be just give yourself the incentive to win and keep fighting.

What about a TV box?

James: Hmm, that’s a tricky question. I don’t own a lot of series, but the few I do have all hold a special place in my heart. I should probably take one of the first seasons of It’s always nice in Philadelphia just because I’ve watched this show so many times, and it never fails to make me laugh every time. It’s also super easy to watch and would definitely keep me in a good mood. Now if only I had an inflatable raft and a rum ham …

You are entitled to a movie.

James: It’s also extremely delicate. I will go with The good the bad and the ugly as my choice. Nothing like a 3 hour classic Clint eastwood western spaghetti. This movie has everything you need in oneâ€¦ lots of action, great liners, an amazing musical score, and a fantastic premise that will keep you entertained for hours.

James: Granted, I don’t read a lot of books, but among those I have read, the one that stood out to me the most is Homo Deus: a brief history of tomorrow through Yuval Noah Harari. It also goes well with his book Sapiens: a brief history of humanity also for a great two-part read. Homo Deus … is the perfect book to read if you are going through an existential crisis, as it touches on all possible ideas about where humanity is heading as a species leading into the future, and what each outcome could be, good and bad. . It might be too hard for some people to read, but personally I find it fascinating and it keeps me cutting edge.

James: I should go with it 91X FM based in San Diego, California. It is one of the few radio stations that I have listened to regularly since I was a child. Being originally from San Diego certainly contributes a lot to the nostalgia factor of this one, but even since I moved to England and lived here all these years, I haven’t yet discovered a alternative local station, independent, which can correspond or even better to their quality. Everything from DJs to the wide variety of tracks they’ve been playing for over 50 years.

You can take one of your own creations with you …

James: I would release our first EP ‘Bite the bullet’. It still contains the largest collection of tracks of anything we’ve released so far (single, B-side, 2 demos). But it brings back a lot of great memories every time I listen to it and reminds me of just how far we’ve come in such a short time. Listening to each track takes me back to our very early days, when all I had was a little collection of demos and raw instrumental sounds, then I met Adam (lead singer) and he threw some lyrics on a few of them, and we quickly started creating full-fledged songs.

And how about a personal live concert by any artist, living or dead?

James: If they had the technology back then in the 50’s and 60’s, I would have loved to see a live stream / gig of Sam Cooke or Buddy Holly (can’t pick one). Both artists have had such an impact on shaping the sound, legacy and future of their respective genres, which are also two of my personal favorites (soul and rock & roll). They both had so much energy and class, and were both excellent showmen. Not to mention brilliant songwriters. It’s just a shame they both died so young.

The latest single from MiG 15 Too little, too late is now available through Soundcloud and streaming platforms.

OB donates $ 20,000 to the Miracle League of Coastal Alabama; City will also match other Baldwin government donations of up to $ 100,000

REVIEW: Fun and Fantastic ‘Rocky Horror’ is a staple at Rock Island Speakeasy