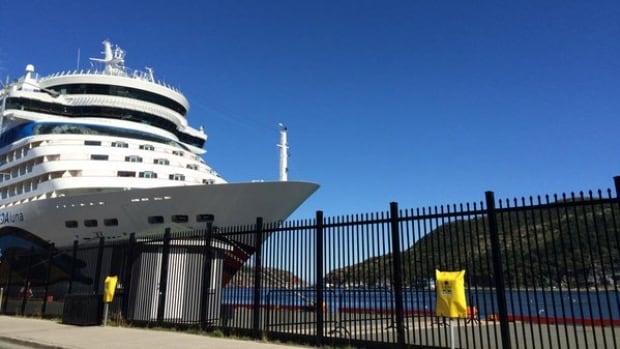 Cruise ships will return to the Port of St. John’s this summer for the first time since 2019, with the first due to arrive in June.

“They’re thrilled,” Hanlon said. “With the opening of the pedestrian mall, we expect this to be an enhanced feature for cruise ship passengers. So everyone I’ve spoken to is thrilled with it in terms of commercial.”

Cruise ships have not been able to operate in provincial waters since 2019 as the COVID-19 pandemic interrupted the 2020 and 2021 seasons. The federal government’s ban on cruise ships visiting ports Canadians, enacted in 2020 to limit the spread of COVID-19, was lifted by federal Transport Minister Omar Alghabra on November 1.

Hanlon said the city expects to see about 80% of the traffic it saw in 2019, when cruise ship passengers and crew spent about $10 million in the province.

Ships and passengers will face strict COVID-19 guidelines enforced by Transport Canada and Public Health, requiring travelers to be fully immunized and present a negative COVID-19 test one to two days before entering port .

Williams said ships will also need to identify any positive cases or symptomatic travelers on board four days before arrival. Boats will be assessed against a series of four threat levels, which will decide how the vessel will be treated upon arrival. She said the boats could be hijacked if the COVID-19 threat level is too high.

People were a bit at home dreaming of traveling, and we’re extremely excited to be back on the water.-Jason Edmunds

The Ocean Endeavor will be the first cruise ship to dock in St. John’s this season, disembarking in the city on June 12.

The adventure cruise ship is different from the typically larger cruise ships seen in the city’s port, as the 195-passenger ship focuses on exploring less-crowded areas with an emphasis on education, according to Adventure Canada expedition leader Jason Edmunds.

“People were kind of at home dreaming of traveling, and we’re extremely excited to be back on the water,” Edmunds told CBC News in a recent interview.

The Ocean Endeavor will begin its journey in St. John’s before circumnavigating the island. The trip also includes local tour guides, which Edmunds says adds to the overall traveler experience.

“Our team in Newfoundland has become one of our most incredible teams,” he said.

“It just comes down to where these people are, their backgrounds and their expertise.… Basically, these people are there to bring out the things in the places and people we visit that you might miss if you were traveling alone.”

The ship also intends to sail the Labrador coast on an expedition later this year, a route that Edmunds – originally from Nain – is particularly looking forward to.

“It’s also become a great family visit. I just bring 200 people with me.”