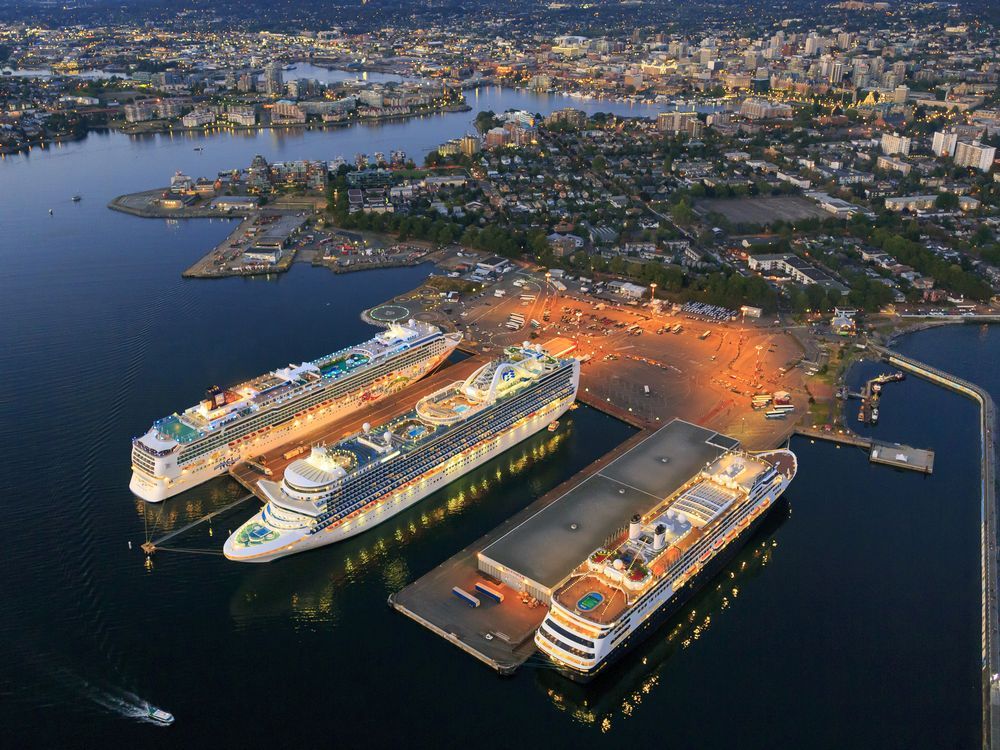 After a two-year hiatus due to COVID-19, cruise ships are returning to the south coast of British Columbia this weekend with new safety protocols. But that hasn’t allayed some residents’ concerns about their risk of exposure to the virus.

The planned first cruise ship of the season in Vancouver and Victoria was canceled earlier this week after the Caribbean Princess ship was designated ‘Code Orange’ by the US Centers for Disease Control, triggering an investigation into several cases of COVID-19 detected on board. .

But Princess Cruise Lines said the cancellation was because the ship was in dry dock for repairs, not the half-dozen COVID-19 cases.

Nonetheless, the cancellation has widened the rift between those who support the industry and its critics in Victoria, which hosts the highest number of ports of call in the country.

This year, a record 358 cruise ships are expected to visit Victoria, carrying 780,000 passengers to the neighborhood where Marg Gardiner has lived for nearly two decades.

As president of the neighborhood association and anti-cruise group Fair Sailing, she spent 16 years leading the fight against cruise ships, armed with studies showing the negative effects on her neighborhood of traffic, noise from cruise ships, pollution and additional waste. which is dumped in the landfill of the region.

She said concerns about the spread of COVID-19 by passengers disembarking from cruise ships are just one more issue to add to the pile of grievances that have gone unresolved.

“The Alaskan ships departing in late April will come from an area on red alert for COVID where approximately 35% of residents are unvaccinated,” Gardiner said. “So there are plenty of opportunities for those tourists to get infected at the three ports of call there before they visit Victoria.”

“Hosting ships of any rating is a fact of life and we are going to have to accept that,” he said. “And the measures taken are more robust than going to an all-inclusive in Mexico or landing at the airport in Victoria.”

Cruise ship passengers must be fully vaccinated and present a negative PCR test 24 hours prior to boarding.

Prior to arriving in Canada, each ship must submit a “Maritime Declaration of Health” to the Public Health Agency of Canada, identifying all symptomatic and positive cases of COVID-19 on board. Ships must file a report even if there is no identified case on board. The agency can direct the ship operator to take action, including removing COVID-19 positive travelers before docking in Canada, conducting enhanced testing and sanitation, or terminating the cruise.

Gardiner said she didn’t believe the rules would be enforced.

“These protocols are voluntary. It is self-reporting and there is no oversight,” she said. “And the cruise industry doesn’t have a good track record of self-reporting.”

A 2019 study for the Port Authority estimated that cruise tourism contributes nearly $140 million annually to Greater Victoria’s economy, including more than $500,000 in municipal taxes.

Nursey thinks bands like Gardiner are a vocal minority.

“I am a James Bay resident myself and they are a very small number of residents,” he said. “They are welcome to express their views, but we are governed by members of our industry and I am not interested in meeting with them.”

Holland America Lines’ Konigsdom ship will follow its Victoria stopover with a stopover in Vancouver on Sunday.

The Greater Victoria Ports Authority depends on cruise ships to pay for the maintenance of its other tourist properties, including Fisherman’s Wharf and the lower causeway of Victoria’s Inner Harbour.

Cruise ship passenger fees make up 70% of its budget, and it hasn’t received a dime from the industry since it closed at the start of the pandemic in March 2020.

The Authority is a private, not-for-profit entity that was created in 2002 when the federal government divested many of its maritime assets across the country. Its meetings are not open to the public.

Gardiner believes local authorities have chosen money over values, as explained in a 2020 report by Destination Canada that recommended tourism groups change their marketing to reflect sustainability goals and the quality of life of local residents. .

“And that’s what’s being undermined here, our quality of life.”

Sign up to receive daily news from the Vancouver Sun, a division of Postmedia Network Inc.

Thank you for your registration!

A welcome email is on its way. If you don’t see it, please check your spam folder.

The next issue of Vancouver Sun Headline News will soon be in your inbox.

We encountered a problem during your registration. Try Again