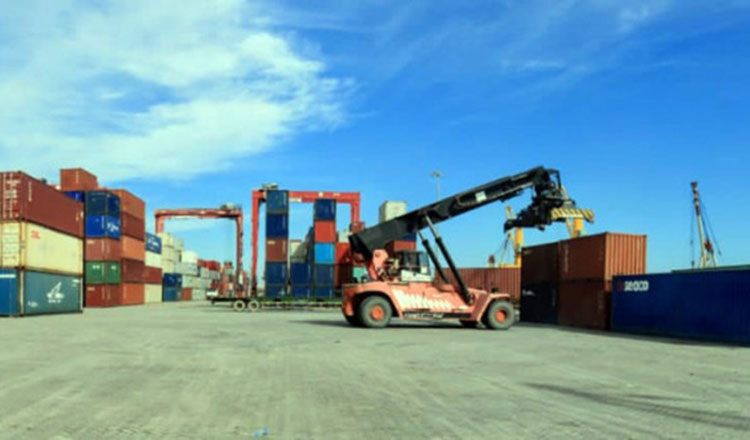 The Autonomous Port of Phnom Penh (PPAP) saw an increase in demand for container ships last month after an upgrade in sea container handling and loading capacity. Some 32,441 twenty-foot equivalent units (TEUs) passed through the port in October, an increase of more than 57% from the same month last year.

A TEU is based on the volume of a 20-foot-long (6.1-meter) container, which can be easily transferred between different modes of transportation, such as ships, trains, and trucks.

There was a 7.3% increase in freighters last month. Demand for cargo and gaseous fuel increased 9.7 percent. There were no passengers because there were no boats to transport them.

For the first 10 months of the year, container volume increased by more than 19%, compared to the same period a year earlier, to reach 288,848 TEUs. Cargo ships fell 0.05%, but cargoes and diesel increased nearly 5%. Again, there were no passengers or passenger boats, compared to 9,733 passengers on 126 ships in January-October 2020.

PPAP shares are traded on the main board of the Cambodia Stock Exchange. They ended Friday’s session up 0.67% to 14,980 riel per share.

The partnership to develop the Scottish Supply Chain