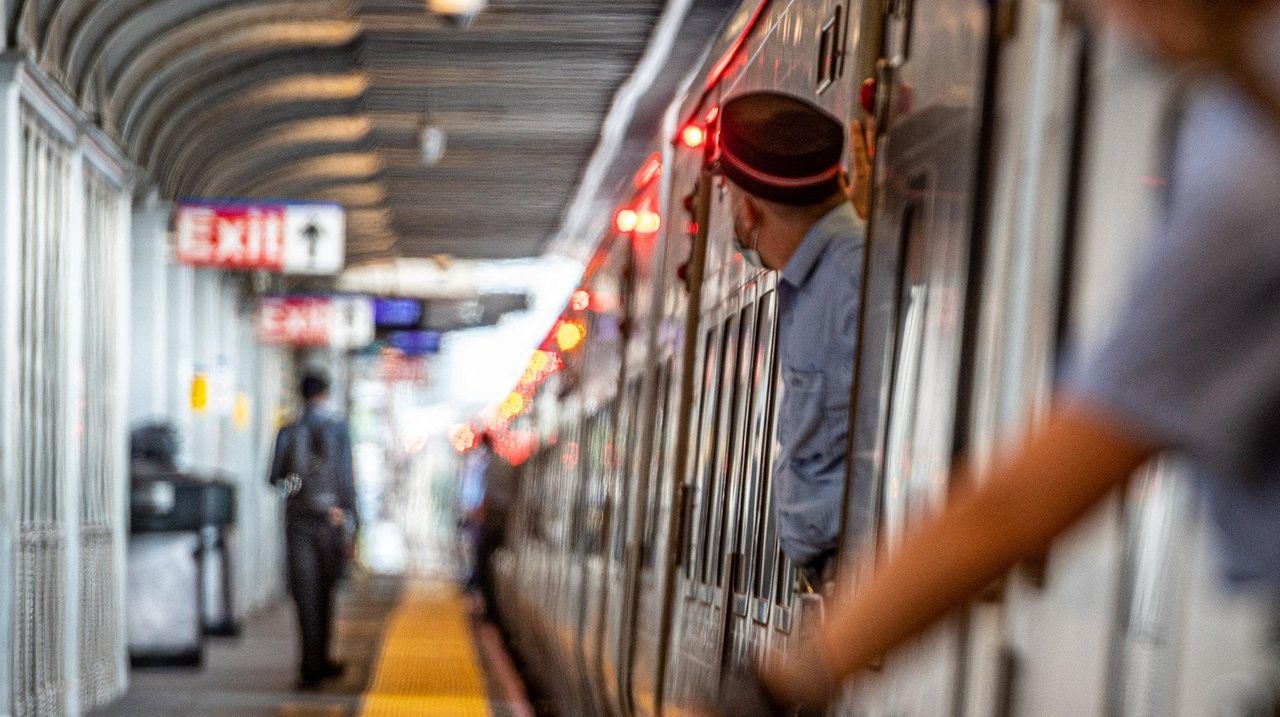 On Wednesday, the MTA issued a final warning to LIRR and Metro-North runners: hide or pay.

A year after the state passed a law allowing police to issue summons to bus and train passengers who violate COVID-19 masking regulations, Metropolitan Transportation Authority officials said they intended to hand out tickets more generously in the next few days.

“I want to make it clear that we just want you to wear a mask, and we are happy to provide one if you forget yours at home,” Acting MTA Police Chief Joseph McGrann said on Wednesday, in front of the seat of authority in Manhattan. “But make no mistake, if you refuse you can expect a fine of $ 50.”

MTA officials said the beefed-up app is part of a larger “mask blitz” that began earlier this month and has included additional police officers at metro stations and on trains. Only the MTA police can issue summons, not members of the training team.

Some Long Island Rail Road riders and advocates have praised the MTA’s more aggressive approach to enforcing the policy – based on federal and state law – that face coverings must be worn at all transportation facilities. in common interior. Gerard Bringmann, chairman of the LIRR Commuter Council, said he had recently seen an increased police presence on trains – something his group had been asking for months.

â€œPeople weren’t wearing their masks because they thought, ‘Well, nobody’s putting it on. So why should I care? “Said Bringmann, who noted that most commuters comply with the policy.” Some people are just stubborn. But, maybe if you hit them in the wallet, they’ll get a little less stubborn. “

Despite having the power to do so, police have so far been reluctant to issue numerous summons – having distributed only 41 tickets until mid-August, according to the MTA. McGrann said cops use their discretion when clashing with non-compliant runners, and most situations are resolved by a cop giving a runner a mask to put on. In the past three weeks alone, MTA police have distributed 25,000 masks.

â€œAt this pointâ€¦ we’ll start handing out summons more frequently,â€ said Patrick Warren, MTA’s head of safety and security. “We fully expect people to comply in the future. But we are only giving people fair notice.”

After reporting that nearly 100% of its runners have masked for months, the MTA saw compliance rates drop in early summer, as mask requirements were relaxed in many places and more and more people were being vaccinated against the coronavirus.

Warren said compliance rates had recently rebounded to 87% on the subways and “in the 90s” on the LIRR.

Ronkonkoma commuter Guillaume de Dalmas said that even among runners who wear masks, many do not wear them properly, leaving their noses exposed.

De Dalmas, 65, believes the MTA should go even further and demand that passengers be vaccinated. But he said handing over more summons at least “solves the logic” of having a rule in place, but not punishing those who violate it.

â€œYou ask the driver, and they say, ‘We don’t enforce it,’â€ de Dalmas, a banker, said in an interview. “There shouldn’t be two classes of laws. One that you enforce and the other that you don’t enforce. It doesn’t exist in the Constitution. It is the law. It must be enforced, that whether it is stupid or not. “

Some runners pointed out that some of the same police officers who should be enforcing the mask policy sometimes flout it themselves. McGrann admitted this was the case and said in recent weeks he had sanctioned eight officers and two supervisors for “not wearing appropriate masks in public situations.”

Darci Montero, 52, of Huntington, was at the station Wednesday night for the 5:46 p.m. train.

She said she thinks the MTA isn’t bluffing this time around about the fines – citing how restaurants enforce the vaccination mandate inside the city, as well as a recent argument she saw in board an LIRR train between a driver and a passenger who was not wearing a mask but putting one on after the driver gave it to him.

â€œI think this time it’s seriousâ€¦ People have to understand it’s serious,â€ she said, adding: â€œThe mask is the only thing that prevents it from being passed on to other people. “

Vincent Valela from the Turtle Bay neighborhood in Manhattan was waiting, unmasked, near the escalator to tracks 20 and 21.

“They’re probably bluffing,” he said of the threat of fines. He added: “It’s going to be hard to keep track. Look how many people are walking around here without a mask on. You can’t stop everyone.”

As the passengers descended on the rails, an advertisement announced the fines of $ 50.

Sign up to receive text alerts on COVID-19 and other topics at newsday.com/text.

Alfonso Castillo has been reporting for Newsday since 1999 and covering the pace of transportation since 2008. He grew up in the Bronx and Queens and now lives in Valley Stream with his wife and two sons.