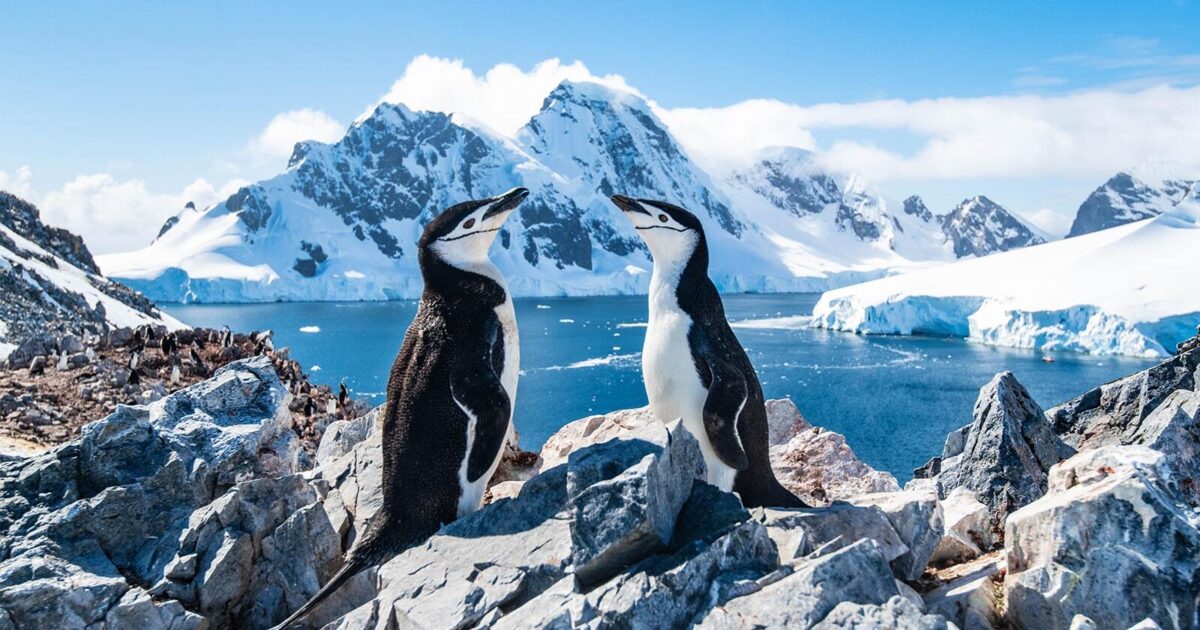 At 6 a.m., just off the northeastern tip of the Antarctic Peninsula, the temperature is minus 14 degrees Celsius as the pastel sunrise wash streaks across the sky and bright blue chunks of ice float silently in front of the ship. It’s the third morning of a 17-night voyage aboard Commandant Charcot, the French line Ponant’s ice-breaking expedition ship.

On its final Antarctic voyage of the season, the ship departed from Punta Arenas – capital of Chile’s southernmost region – and crossed the Strait of Magellan before passing through the notoriously wild Drake Passage. From there we will continue to explore the Weddell Sea before heading north again to South Georgia and the South Sandwich Islands.

As Ponant’s flagship, Le Commandant Charcot is a centerpiece of technology, sustainability and sleek interior design, with an all-star expedition team leading an immersive excursion program. She attracted her fair share of hype, so my expectations were high – but they weren’t disappointed.

For starters, this ship is a beauty to behold. The work of longtime Ponant collaborator Stirling Design International, the vessel’s exterior combines sleek aesthetics with state-of-the-art specifications (her innovative hull, with its bulbous bow, can sail through two and a half meters of ice).

Under the skin she is equipped with a number of pioneering features, being the first polar exploration vessel to be powered by liquefied natural gas – currently the cleanest fuel on the market – and also the first to be equipped with ‘Azipods, a steerable electric propulsion system designed for the harshest polar conditions.

She navigates using advanced dice routing software and, thanks to her innovative hull, she is the first Class 2 polar ship of her type.

-READ MORE: Everything you need to know about Le Commandant Charcot-

Find the best cruises in Antarctica

Inside, Ponant took the opportunity to refine its sober and contemporary style, this time sharing the task between the Parisian architect Jean-Michel Wilmotte and the designer Jean-Philippe Nuel, master of the aesthetics of Ponant ships. since the launch of Le Boréal.

In line with the brand’s elegant philosophy, the duo have created a cohesive design that draws inspiration from the beauty of the polar landscape.

One highlight is the Observatory Bar on Deck 9, which is spacious, bright and covered in tactile natural materials. Between the wood-paneled walls and marble bar, it’s dotted with bespoke furniture in intimate seating groups.

And if you’re not feeling so sociable, there are well-stocked shelves and spectacular icescape photography to keep you engrossed.

On this level you will also find a jewel gym with a view, as well as a generous wellness area with a snow room, an indoor swimming pool and a juice bar. Nearby is the main buffet restaurant, which leads to an inviting open-air bar with a heated lagoon pool that wraps around a large fire pit.

On deck five, you’ll find the main salon – a cozy nightcap-like space – as well as a cigar lounge, theater and the ship’s fine-dining restaurant, Nuna.

All of this provides the perfect base for spending days at sea or exploring some of the most stunning and remote landscapes in the world.

Over breakfast – which could be taken at the buffet in the main restaurant or at Nuna – we watched the ship’s expedition team zipping by on the Zodiacs to spot our disembarkation for the morning. Highly dependent on weather conditions, our itinerary and the experiences on offer were diverse and fluid, often changing at short notice.

One sunny morning we rode in the Zodiacs past a handful of floating icebergs and frolicking fur seals towards Devil Island, a postage stamp of land just at the northern tip of the Antarctic Peninsula that is home to around 15,000 Adélie penguin pairs.

The sea lapped the stony shore as we disembarked, we weaved our way past the humming fur seals and hiked to the top of a snow-capped peak for a breathtaking panoramic view of the Weddell Sea dotted of icebergs.

Later in the afternoon, as the weather turned bad, we abandoned our initial plans and headed to a gigantic ice cap where Le Commandant Charcot could really show off his prowess.

After cutting a channel through the hard-packed ice, the expedition team made a quick scout before dismounting us from the ship to carefully weave our way through the icy terrain, the late evening sun making the stark white landscape before us.

In South Georgia, home to an astonishing abundance of wildlife, we made several landings, the most memorable being the last one, at Saint Andrew’s Bay on the island’s north coast. Here, amid the pungent smell of guano, we boarded our Zodiacs and sped under cloudless blue skies toward a shore dotted with dozing elephant seals.

Then, as we walked along the coast, it almost seemed like we were approaching a roaring sports stadium. But the noise we could hear was the largest colony of king penguins in the world – over 150,000 of them.

-LEARN MORE: All you need to know about cruising in Antarctica-

Between excursions, lunch in the main restaurant was a buffet with daily specials (such as caviar and grilled lobster tails), usually followed by a lazy afternoon sipping fresh juices in the wellness area, or simply watching the world go by at the Observatory bar. .

In the evening, we would all gather at the theater for a debrief on the day’s events, before heading to one of the bars for a pre-prandial cocktail.

Supper – which could also be taken in the buffet dining room – was mostly eaten at Nuna, the creation of famed French chef Alain Ducasse. Changing daily, the menus were a fabulous compendium of M Ducasse’s greatest hits, from truffled rack of lamb with sautéed potatoes and porcini mushrooms to lobster thermidor.

This could be followed by a nightly capin in the cigar lounge or various scheduled entertainment in the theater, ranging from live opera recitals to movie nights.

But as delightful as life on board is, the real thrills of this voyage come ashore. Perhaps my favorite of all our trips – although not on our original itinerary – was a visit to the South Orkney Islands, about 375 miles north of the tip of the Antarctic Peninsula.

Early one morning, under a vast dome of puffy cumulus clouds, we boarded the Zodiacs to circumnavigate the aptly named Iceberg Bay, where we waded with giant blue and black ice formations above us.

Later, as we cruised, the skies awash with the brilliant orange of the sunset, we gathered at the Observatory bar to watch the icebergs float by in this unique, silent and beautiful corner of the world. We were drinking champagne but no one said a word.

Why Jordy Dwyer is passionate about improving Indigenous financial literacy