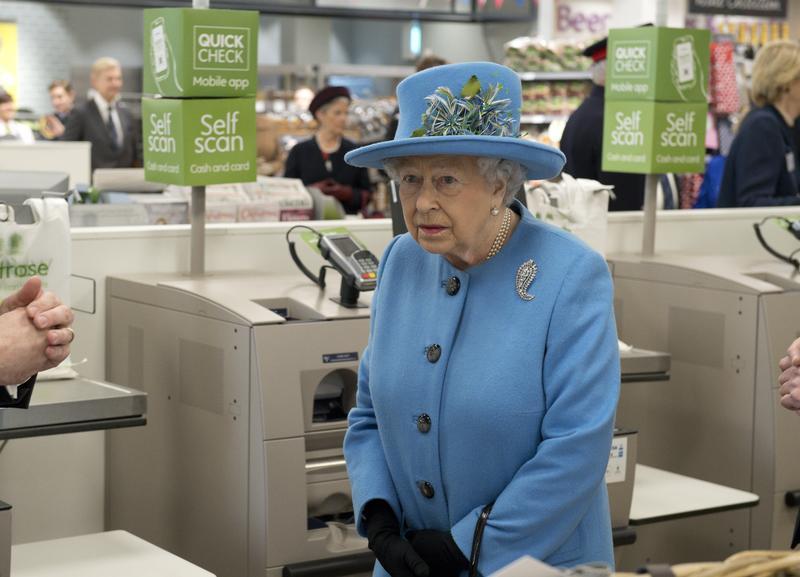 A look at Queen Elizabeth 2’s legacy in Dubai

The cruise liner – inaugurated, christened and held close to its heart by the British monarch – which today sits placidly in the port of Mina Rashid after being transformed into a floating luxury hotel, has had a glorious, queen-size (sorry for the pun) the story. He was called to war; it hosted royalty; it has been installed, modernized and refurbished; and still invokes a huge sense of nostalgia even though it has aged gracefully on the seas of Dubai.

“That’s how deep his connection to the ship is.”

As celebrations for the Platinum Jubilee of Britain’s longest-serving monarch began in the UK, Khaleej times follows the liner’s 55-year journey from its launch in 1967 to its conversion into a floating hotel in Dubai. KT attended the special Platinum Jubilee Heritage Tour at QE2 to learn about the ship’s history and its deep connection to Queen Elizabeth II.

In 1967, more than 25,000 people lined the streets when the newest and most famous ship in British history was launched at John Brown’s shipyard by the shipping company Cunard, which was simply called the Q3-Q4 project – its official name was still secret.

To commemorate the event and the naming, a 7 X 7 foot tapestry of original artwork was donated to the ship in 1969 on her maiden voyage. This fabric painting takes pride of place in the hotel lobby.

The QE2 was designed to be one of the fastest transatlantic ships, sailing from her home port of Southampton in the UK to New York in five days. However, even when it launched, manufacturers knew they were fighting a losing battle. Transatlantic jets were already becoming more popular and the preferred method of travel. In an effort to attract more passengers, cruise liners have started offering packages that allow people to sail one way and return on one flight.

In 1982 the ship was refitted with helipads and other reinforcements after commissioning for the Falklands War. Several parts of the ship were converted to make her combat-ready during an eight-day refit. In May 1982, the ship sailed with 3,000 troops and 650 volunteer crew for the battle.

In 1987, the ship’s steam engine was converted to a diesel engine, ending Cunard’s 146-year association with the steam engine. The ship underwent 16 major refits during her roles as cruise ship, warship and floating hotel.

Queen Elizabeth II then visited the ship in 1990. For the 150th anniversary of Cunard ships, the company held a ‘Spithead Review’ at the Port of Spithead, near Southampton. For the celebration, the Queen attended a lunch on board.

There were frantic preparations to welcome him. Resident tour guide Christopher Galloway, who researched and interviewed several people who were on board at the time, describes the mood at the time.

The ship with its opulent interiors and luxurious amenities has several other ties to the Queen.

The Cunard ship’s first-class lounge was named the Queen’s Room. A multipurpose room, guests could enjoy jazz music in the morning, a quiet afternoon tea, and practice dance lessons in the evening. It was designed by renowned interior designer David Nightingale Hicks, who was married to Queen Elizabeth II’s cousin, Lady Pamela Mountbatten. When it was launched, the saloon was considered an epitome of comfort and style.

Over its 55-year history, the ship has become a symbol of British opulence and arguably one of the most famous ocean liners in the world.

After its last voyage, several countries, including Australia, China and South Africa, wanted to own the QE2. However, the UAE who won the tender to buy the vessel for more than Dh367 million ($100 million).

QE2 arrived in Dubai in November 2008 where it was greeted by a flotilla of ships which included My Dubai, the private yacht of His Highness Sheikh Mohammed bin Rashid Al Maktoum, Vice President and Prime Minister of the United Arab Emirates and Ruler of Dubai . The ceremony was marked by fireworks and an Emirates Airbus A380 flypast.

Ferghal Purcell says he has met several people around the world with ties to the ship “My friend’s father was a young man who had just started photography in the 1960s. He saw the ship even before it was about to be launched and took some pictures of it. When he came to Dubai recently, he asked if he could visit QE2. Of course, we took him on a private tour, and he shared the original photo he took.

The team behind QE2 has big plans for it. “We know the ship is a piece of history and we want to pay tribute to it,” said Ferghal Purcell.

“I am a keeper of history and I want to preserve it for the people. We want to recreate the ship to show its history. I have met so many people who come here just to see the ship because they have memories That’s what QE2 is all about, a connection to a glorious past.

Checking off every sailor’s to-do list: Transiting the Panama Canal