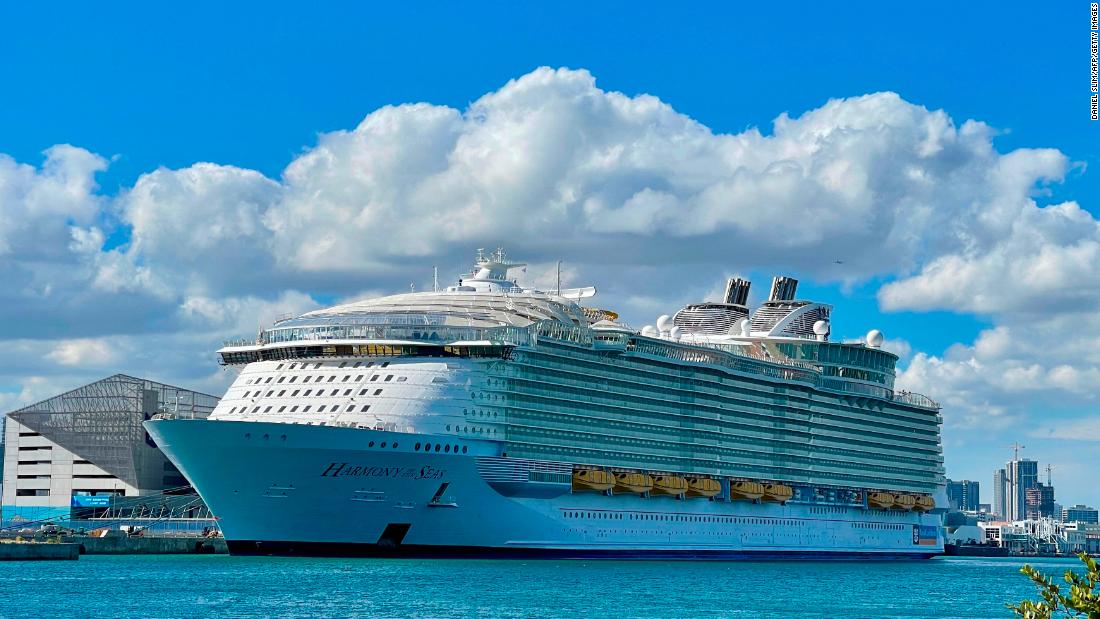 The passenger, a mother in her 50s who was on board the Royal Caribbean ship, Harmony of the Seas, was attacked at Green Cay, off Nassau, according to Royal Bahamas Police Superintendent Chrislyn Skippings.

While the cruise ship was docked in Nassau, the family booked an excursion with a local tour company that took them to a popular snorkeling area, she said.

Family members then saw a shark attacking the woman and rushed to her aid. The mother had suffered bites to her “upper extremities”, Skippings said.

Travel agency operators and family members were able to pull the woman onto the boat and rush to the nearest dock, where paramedics responded and reported no vital signs, Skippings said. .

“Royal Caribbean is providing support and assistance to loved ones of passengers during this difficult time,” a statement from the cruise line said. Harmony of the Seas is currently on a seven-night cruise after departing Port Canaveral, Florida on Sunday.

The beach where the attack occurred has been closed, authorities said, and the incident is under investigation.

Shark attacks remain extremely rare. According to the International Shark Attack File, the odds of being fatally attacked by the creature remain less than 1 in 4 million.

Last year, there were 73 confirmed cases of unprovoked shark attacks worldwide, including 47 in the United States, which has the most documented unprovoked bites in the world, according to the Shark Attack File.

It’s unclear why the sharks bite, but experts say many attacks are “cases of mistaken identity,” occurring in conditions of poor water visibility, according to the Florida Museum of Natural History.

Many bites occur when humans swim in or near large schools of prey fish. Sharks may also bite because they feel threatened and are simply trying to defend themselves.